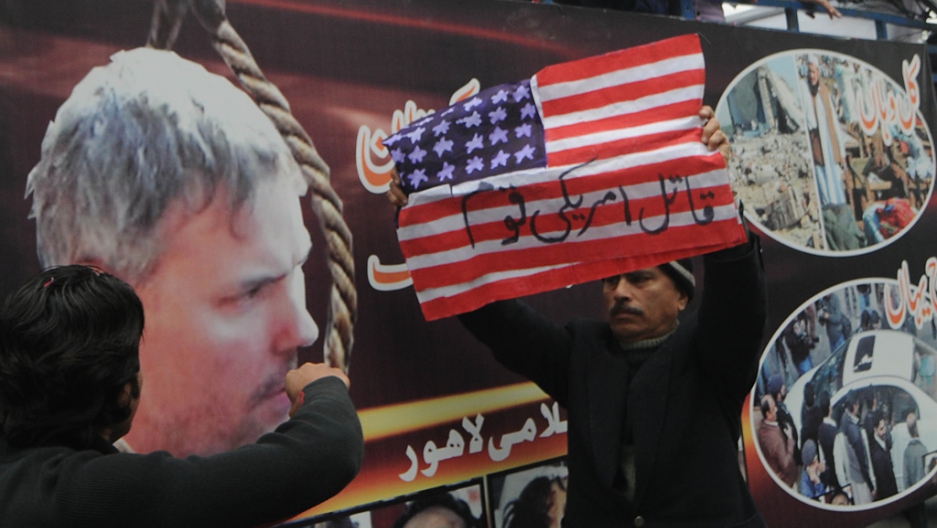 ISLAMABAD, Pakistan – The killing of two Pakistanis by an American citizen in the eastern city of Lahore late last month may have turned into a nightmare for U.S.-Pakistani relations, but it is shaping up as a field day for Pakistan’s conspiracy theorists.

More than three weeks after Raymond Davis, 36, shot and killed two local men in what U.S. officials described as an act of self-defense, many questions remain unanswered about the circumstances of the incident, but the gaps have been filled eagerly by the vibrant Pakistani media.

Elaborating complex theories involving nefarious actors to explain the day’s events has always been a sort of national pastime in Pakistan, but the phenomenon has ballooned with the advent of countless new newspapers, television channels and news websites in recent years.

The country’s calamities are frequently blamed on a “foreign hand” that in the past was virtually synonymous with India but increasingly refers to the United States. In conjunction with the war in Afghanistan, the C.I.A. has been conducting covert operations in Pakistan as well as running a drone program that has caused numerous civilian casualties and is deeply unpopular here.

The C.I.A. collaborates with the Pakistani intelligence services, and as evidenced by diplomatic cables released late last year by Wikileaks, the Pakistani government has condoned the American drone strikes on its territory. Still, these operations are seen as an unacceptable violation of Pakistan’s sovereignty and have fueled deep resentment toward America among the general population.

Davis, who was first described by U.S. authorities as a diplomat on “administrative and technical staff,” was arrested on Jan. 27 in Lahore after gunning down two young Pakistanis. So it is no surprise then that he became the embodiment of the bullying and impunity commonly associated with the American presence in Pakistan.

“America needs to protect their Raymond because there are 3,000 other Raymonds on the loose on Pakistani streets [with additional thousands in Iraq and Afghanistan],” said Farrukh Saleem, a political commentator, in a recent column. “We, on the other hand, need to make an example out of Raymond so that all trigger-happy Raymonds get a clear message.”

U.S. officials said immediately after the shooting that Davis had acted in self-defense to thwart armed robbers, but Pakistanis found the sight of a gun-slinging diplomat more than a little suspicious. As Americans were less-than-forthcoming with details over the activities of Davis in Pakistan, locals have feasted on the few facts available and have connected the dots.

Based on the reported presence of a bag of naswar — a local dipping tobacco — among Davis’ belongings, one local newspaper concluded that he had probably picked up the habit during long stays in Pakistan’s northwest, got addicted to it and was likely to be experiencing withdrawal symptoms in jail.

One theory has Davis plotting terrorist attacks in Pakistan with the help of insurgents, while another presumes a massive operation by U.S. forces to either rescue or eliminate the man dubbed “the American Rambo” by the Nation, a Pakistani newspaper. A man who sued former President George W. Bush for $165 trillion a few years ago also claims that Davis was in the country to terrorize him and force him to withdraw his suit.

His prison conditions have also attracted scrutiny with some positing that he went on a hunger strike and others alleging that he committed blasphemy — a potentially capital offense here — after being woken up by the morning prayer call.

“These are among a number of outlandish conspiracy theories that we’ve seen in the media,” a U.S. government official told GlobalPost. “There is no truth to these stories.”

Speculation is not necessarily misguided. Quickly after news of the shooting emerged, many Pakistani observers assumed Davis was not a diplomat but an undercover agent. U.S. officials confirmed this week that Davis, a former member of U.S. special forces, worked for the C.I.A.

The Davis incident has already caused relations between the United States and Pakistan to plunge to a new low, although the U.S. government has said it would not stop its aid program to its strategic ally over the diplomatic row. But between Americans who insist Davis is protected by his diplomatic immunity and a weak Pakistani government under pressure from religious groups calling for Davis’ head, a quick solution doesn’t seem to be in the offing.

But the seriousness of the situation has not prevented all from keeping their sense of humor. A former director general of Pakistan’s intelligence services rated Davis “zero” as a spy for his lack of discretion but gave him good marks for his marksmanship.

Meanwhile Saad Haroon, a local comedian, thought of a new sitcom inspired by recent events. Its title? “Everybody hates Raymond.”