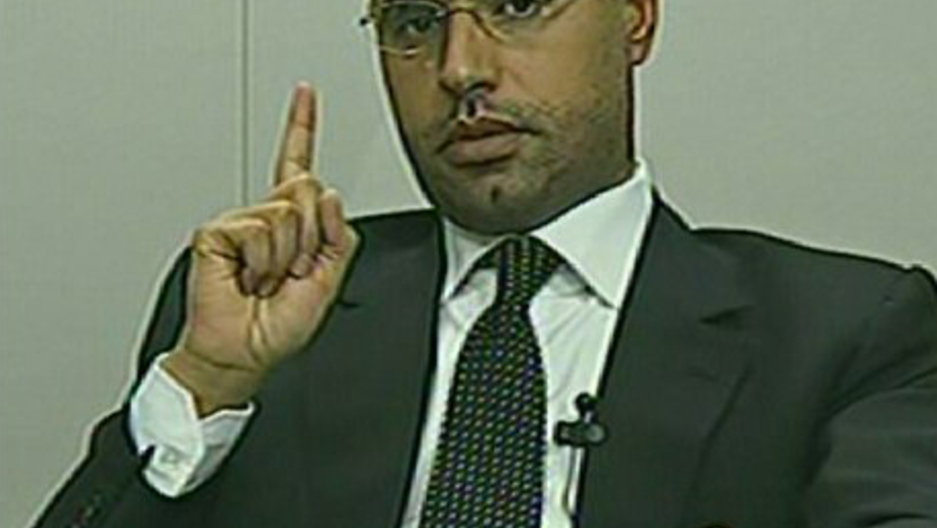 Share
By Jeb Sharp Longtime Libya watchers are not surprised Muammar Gaddafi has ordered security forces to fire on protestors. It's a different situation than the uprising in Egypt where the professional army stood by waiting to see what would happen and ready to take control at a moment's notice. In Libya there is no separate professional army per se. Dirk Vanderwalle, a professor of government at Dartmouth College, says the security forces in Libya are the first and last line of defense for the regime. "So for the people who belong to these security organizations either they win or they lose," said Vanderwalle. "If they lose, the population takes over and they will very likely find themselves against the wall. And vice versa of course. If the government forces overpower the population, you could also predict very bloody reprisal actions." In other words it's a matter of life or death for both sides. Gaddafi cracked down hard on secular opposition in the late 1970s and early 1980s. And he did the same against Islamists in the 1990"²s. The Egyptian regime was also tough on opposition movements. But former President Hosni Mubarak did leave some space for a few groups to organize and maneouver. That has not been the case in Libya according to Dirk Vanderwalle. "This is a regime that has systematically destroyed any kind of political opposition, any young political leadership, any organized group in civil society," said Vanderwalle. "And so when you look beyond Gaddafi and the close circle of his confidants, there literally is nothing. This is a vacuum. So if the leadership goes, no one really knows who will step into that vacuum." It could have been Gaddafi's son Saif. He was seen as a proponent of reform. But on Sunday, he threatened opponents of the regime with civil war. That speech probably tied Saif's fate to that of his father. Unpredictable strength With no successor in sight, many observers fear conflict and chaos if Gaddafi's regime falls. But don't count Gaddafi out just yet. Jon Alterman of the Center for Strategic and International Studies says the Libyan leader's unpredictability isn't necessarily a weakness. "In many ways Muammar Gaddafi has made his unpredictability his strength, because people have been afraid to cross him," said Alterman. "Libyans have understood that you can't really predict what's going to happen and the only way forward is to demonstrate your loyalty, because then at least you might get ahead. "Gaddafi's much better at controlling people than anyone in the West gives him credit for. We always think he looks out of control but my sense is there's a real method to the madness." Trademark defiance That madness was on display in Gaddafi's speech Tuesday. You could hear that trademark defiance, the anti-Western vitriol, and even allegations of protestors on hallucinogenic drugs. But it's not clear the old antics will continue to work in a Libya now riven with competing factions. If Gaddafi does cling to power, it's not clear whom he'll listen to, either inside or outside the country. Dirk Vandewalle thinks it'll be difficult for outside powers to influence Gaddafi's behavior. "Certainly the Europeans have had the closest interactions with Libya, but even there remember that Europe is highly dependent on Libyan oil," said Vanderwalle. "Libya is also the country that controls the flow of illegal immigrants into Europe through Sicily and Italy. And so even there the European Union is more dependent on Libya than Libya is on the Europeans." For now anyway. Whatever comes next, Libya seems destined for a period of dangerous uncertainty.