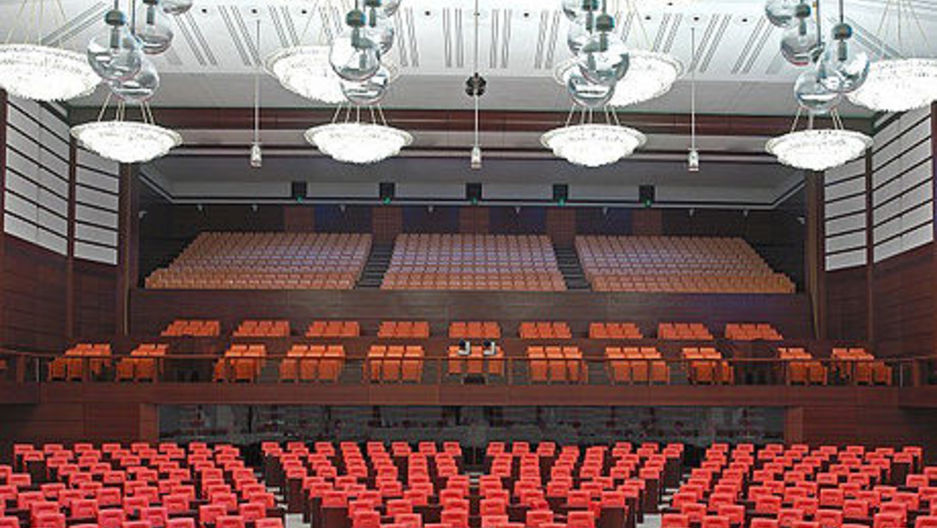 Share
By Matthew Brunwasser Turkish Foreign Minister Ahmet Davutoglu is the architect of what is essentially foreign policy transformation from obedient pupil of the west to rising regional superpower. Davutoglu told Al Jazeera English that Turkish democracy is a success story that speaks for itself. "Advice is sometimes by word, sometimes by a good example," Davutoglu said. "Turkish democracy, stability, economic growth itself is the best advice for everybody if they want to get any advice." Davutoglu crows that since it won elections in 2002, his AK party has proven that a Muslim democracy can thrive. Democracy as stabilizer "There was a worry in the region that if democracy comes, it could produce chaos," Davutoglu said. "In the Turkish case, democracy produced stability, economic growth and prosperity. And we don't need to give any advice to anyone." Not everyone agrees that Turkey has already made it. While no one disputes Turkey's elections, there are widespread concerns about some anti-democratic behavior: journalists jailed for criticizing the administration, the prime minister's authoritarian streak and institutionalized discrimination against ethnic and religious minorities are some examples. But even if its democratic credentials aren't a 100 percent, Cengiz Aktar of Bahcheshehir University said Turkey is still a role model of political Islam. "What is interesting is the transformation of the radical Islam itself," Aktar said. "Watching the transformation of the radical Islam in Turkey is per se a lesson for political Islam in the region." Not only have Turkey's Islamic parties come to accept the rules of the democratic game, they have also become democratizing forces. By bringing in the religious people who have been excluded, Aktar said the Islamic parties have made Turkish democracy stronger through inclusion. But as far as being a model, Turkey is a complicated country. "This model business usually comes from western commentators," said Hugh Pope, Turkey/Cyprus director at the International Crisis Group. "It's extraordinary how just six months ago everyone was tearing their hair out, about how Turkey is turning east, and a threat to western strategic interests, and oh me oh my, and now with Egypt, Tunisia and other countries looking much less stable, they are saying 'the Turkish model is nice and stable, lets embrace Turkey and show Turkey as a model to these places how to move forward.'" Turkey reforms and the European Union Pope said that Turkey has done great things. But it didn't achieve it alone. Turkey was forced to enact difficult democratic reforms to qualify for the European Union which it has yet to join. So Turkey can't really be a model Pope said. Because that carrot is not available to any other country in the Middle East – no matter how Democratic they become. "In my view what has made turkey as successful as it is, is the reforms that were made between 99 and 2004 as part of Turkey's attempts to get in the EU," Pope said. "And they were pretty successful, they got negotiations going, they really changed the face of Turkey." But that's not giving Turks the credit they deserve, according to Joshua Walker, a fellow at Brandeis and Harvard. Walker said Turks weren't pushing themselves just to emulate the west: that's because they don't just want to be a model for the Middle East, they want to be a model period. According to Walker, the Turkey certainly has a lot more credibility in the region than the west. "I don't think the US has the same credibility or authenticity that turkey has, having been the ruler of this region for 600 years," Walker said. "It used to be taboo or negative thing to talk about the Ottoman past, now we are hearing about it everywhere, from the Magreb all the way to Iraq and Syria, and the Turks are being welcomed back, as kind of long lost brothers, as opposed to these outsiders used by the west to convert or change power dynamics in the region." Walker said the US clearly recognizes and supports Turkey's new and growing role in the region. But don't expect Turkish politicians to do much more than pay lip service to democracy in the region. Elections are coming in June. And no one wants to be associated with a stillborn democratic movement in Tunisia, Egypt or anywhere else.