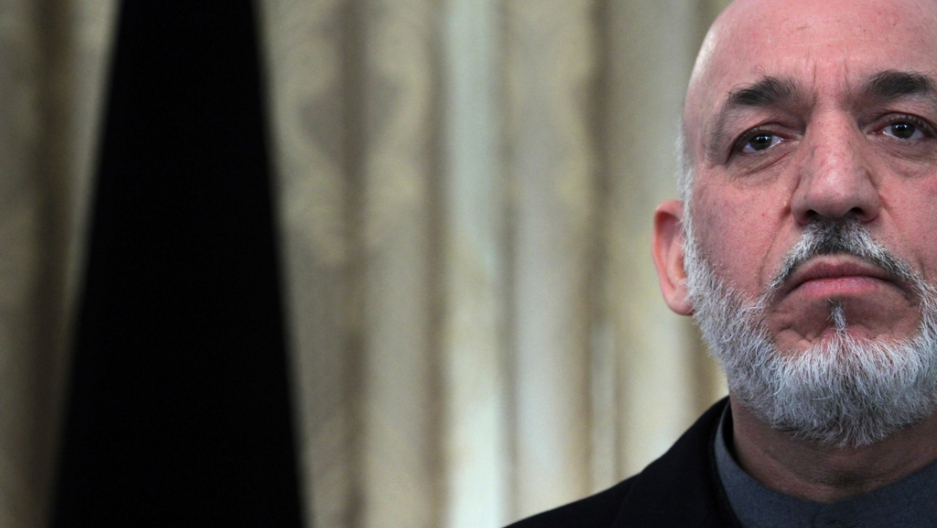 KABUL, Afghanistan — Afghanistan’s long-simmering governmental crisis is about to reach the boiling point.

President Hamid Karzai is engaged in a standoff with his Parliament that could well cripple the legislature for the foreseeable future. Meanwhile, the judiciary is stepping in to support the president, in what many see as a mockery of the country’s “separation of powers” specified in its constitution.

Most observers see the recent fuss as a highly questionable move by the president to reshape a recalcitrant Parliament to his liking, using threats and, now, outright force to accomplish his goals. The international community, meanwhile, is caught between defending the principles of a democratic government and not wanting an outright confrontation with the mercurial Karzai, whose anti-Western rhetoric has increased lately.

“I do not think there is anything that Karzai could do now that would cause the international community to rein him in,” said one international legal expert, speaking on condition of anonymity. “He can get away with almost anything.”

It all started with the parliamentary elections last September. The process was marred by widespread fraud, coupled with a deteriorating security situation that kept large swaths of the population away from the polls. The resulting legislature was far from representative — Pashtuns, the country’s largest ethnic group and Karzai’s main power base, lost more than two dozen seats, making them a minority against the two other main ethnic groups, the Tajiks and Hazara.

The example of Ghazni illustrates the point: In this south-central province, which has a sizeable Pashtun population, all 11 parliamentary seats went to Hazaras. Angry candidates who lost their seats insist this was because of vote-rigging. But, just as likely, say elections experts, it was threats and intimidation in the Pashtun areas, largely controlled by the Taliban, which kept voters at home. The more secure Hazara districts went out in force.

The Afghanistan Analysts Network, an independent research institute in Kabul, is about to release a new report on the parliamentary elections. Previews suggest that the results will be damning:

“There is still little clarity on exactly what happened,” wrote Martine van Biljert, a senior researcher at the Analysts Network, in a press release preceding the report. “The result is an election outcome that appears to be at best somewhat random, and at worst considerably manipulated — and telling the difference is very difficult.”

The two major electoral bodies — the Independent Election Commission (IEC) and the Electoral Complaints Commission (ECC) — put on a good show. The IEC released regular reports and referred more than 400 candidates to the ECC on suspicion of fraud. The IEC adjudicated more than 2,000 serious complaints, ultimately disqualifying 24 successful candidates and nullifying 1.3 million of the 5.6 million votes cast.

But when the final results were announced in November, both the IEC and the ECC felt the matter was closed.

Not so for the executive branch. The attorney general’s office began an investigation into the IEC, issuing arrest warrants for several of its members in late November.

Losing candidates and their supporters held demonstrations in the capital and several other provinces, demanding that there be a recount or a new election.

Karzai, allegedly at the attorney general’s request, established a special tribunal to adjudicate hundreds of cases of fraud, and also to look into allegations of wrongdoing by the IEC itself. Parliamentarians and the electoral bodies rejected the legitimacy of the new court, saying that the constitution gives ultimate responsibility for electoral matters to the IEC and the ECC.

Karzai, for his part, at first refused to inaugurate the new Parliament, insisting that the tribunal be given more time to complete its task. Without even the nominal check on his power that the weak and fractured Parliament could give, the president has been able to rule by decree.

Finally, under intense pressure from the international community and, some say, his own vice presidents — one, Karim Khalili, a Hazara, the other Marshal Mohamad Qasim Faim, a Tajik — Karzai agreed to hold the inauguration ceremony on Jan. 26.

That’s when things started to get interesting. The Parliament’s first act after being seated was to elect a speaker.

Karzai was backing Abdulrab Rassoul Sayyaf, a white-bearded Pashtun “warlord,” with a background that has caused many human rights groups to call for his indictment as a war criminal. The presidential administration was rumored to be dispensing large amounts of cash in support of their candidate, something that lawmakers themselves acknowledged in private conversations with journalists and that the acting speaker, Mohammad Sarwar Osmani, alluded to in remarks from his podium.

But against Sayyaf stood the speaker of the last Parliament, Younus Qanuni, an ethnic Tajik and a prominent member of the Change and Hope Coalition headed by Karzai’s main rival in the 2009 presidential elections, Abdullah Abdullah.

Neither man was able to gain the more than 50 percent majority required by law, although Sayyaf held a slight edge in a runoff between the two men. This necessitated new elections with new candidates. These were also inconclusive, with more and more government supporters casting “white votes” – in effect, abstentions, which made it impossible to elect a speaker.

Four rounds have now been held, with a new one due next week. In the meantime, Parliament has been completely unable to work, spending its time in arguments and recriminations, at times spilling over into fisticuffs.

Recently, Karzai has stepped up the pressure on the Parliament. The special tribunal has issued summonses to dozens of candidates to appear for questioning.

The head of the IEC, Fazl Ahmad Manawi , was recently prevented from leaving the country; the attorney general’s office later told local television TOLO that travel bans had been imposed on 21 election officials.

And on Feb. 14, the judiciary took the most radical step yet: police surrounded the IEC, several judiciary officials entered by force, sealed ballot boxes and secured computer files. This was in response to the IEC’s refusal to cooperate with the special tribunal, according to the attorney general’s office.

“This is a serious crisis,” said Candace Rondeaux, head of the International Crisis Group in Afghanistan.

Abdullah Ahmadzai, chief electoral officer for the IEC, said that his organization had already agreed to cooperate with the judiciary, and deplored the attorney general’s “disproportionate response.”

At present, the situation remains static. No one knows whether the attorney general’s office will call for a general recount, or whether some compromise could be reached.

It could all go away, say some observers, if the Parliament were to be more biddable on the issue of speaker.

“The renewed action by the special tribunal is related to the stalemate in the Wolesi Jirga [lower house of Parliament] over electing a speaker,” said Scott Worden, a researcher at the U.S. Institute of Peace and a former commissioner with the ECC during the 2009 presidential elections. “It appears that action by the special tribunal to change the results or at least put pressure on candidates accused of fraud is intended to influence the vote for speaker. It is unclear, however, what exact outcome would be hoped for from that pressure.”

But the protracted struggle is doing damage, most especially to Afghanistan’s fragile democratic institutions.

One international legal expert, speaking under condition of anonymity, has pointed out that there are almost no checks on Karzai’s power these days.

“There is no requirement that presidential decrees be published,” said the expert. “This means that no one can examine his decisions to see whether they are in line with the constitution or not.”

One example, according to the expert, is a decree that prolongs the term of the chief justice of the Supreme Court, Abdul Salam Azimi.

“This term is absolutely limited in the constitution,” the expert said. “This has been set aside, and we do not know why. There may be good reasons. I am not judging. But the public has a right to know.”

Parliament will meet again on Saturday, to discuss possible amendments to its internal regulations. This may simplify the election of a speaker by requiring a simple majority in a runoff, rather than the 50-percent-plus-one that is now necessary.

If so, this would most likely give the post to Sayyaf, who commanded the most votes in all of the elections so far. This would certainly please Karzai, who needs a strong Pashtun in the speaker’s chair if he is to have any influence over the legislature.

But Sayyaf would not be the ideal candidate for the international community, nor for many Afghans, who see him as representing the worst of the bad old days.

“Sayyaf was one of the worst,” said Sanjar, a young Afghan entrepreneur.

“He has millions of deaths on his conscience,” said Ghulam, a taxi driver.

But for most Afghans, as for the international community, any decision would most likely be preferable to the protracted stalemate the country has seen so far.