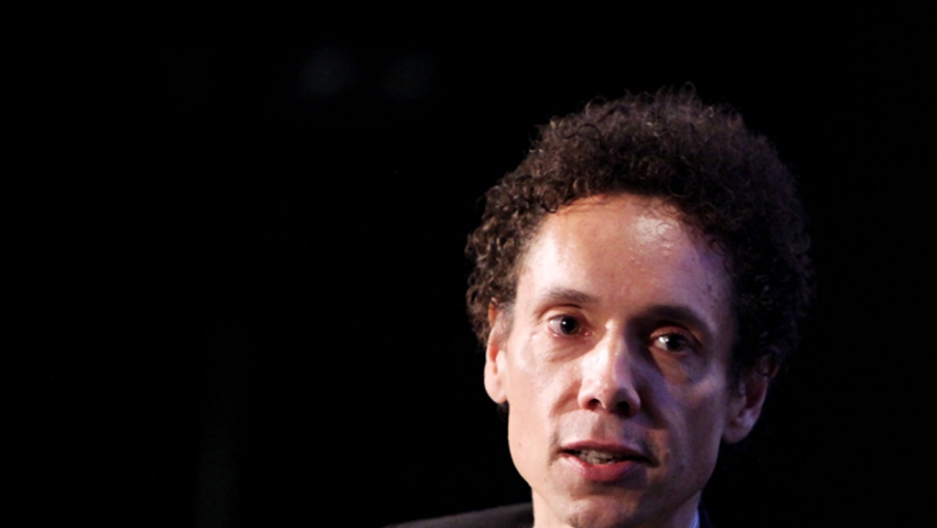 BOSTON — Love him or hate him — and there are plenty of people on either side — Malcolm Gladwell is undeniably provocative. By devising big, here’s-how-the-world-works theories, and supporting them with lively anecdotes, Gladwell has forged a remarkable career for himself, as a New Yorker writer and best-selling author. While most scribes celebrate a brief stopover on the New York Times bestseller list, Gladwell’s books — the "Tipping Point," "Blink" and "Outliers" — stick around for years.

But his admirers must be scratching their heads at the moment. In October, Gladwell published a lengthy New Yorker feature refuting the notion that Facebook and Twitter could play a central role in an uprising like Iran’s 2009 Green Revolution. “The platforms of social media are built around weak [inter-personal] ties,” he argued. And “weak ties seldom lead to high-risk activism” of the type needed to overthrow a government.

Gladwell (who didn’t respond to our emails requesting comment) deserves credit for reality-checking the hyperbole over the democratizing magic of social media — such as serious calls for Twitter to be awarded the Nobel Peace Prize. Not only does focusing on the technology distract from the brave citizens who suffer the bludgeons and bullets of riot police, but more importantly it ignores the harmful uses of the technology as well, such as cyber-vigilantism in China.

So while Twitter certainly doesn’t deserve the Purple Heart, did Gladwell go too far in dismissing its power against tyranny?

The world has changed radically in the few months since Gladwell’s New Yorker piece hit newsstands. We now benefit from the hindsight of Tunisia’s and Egypt’s revolts. Once again, newscasters are gushing about a critical role for social media. Are they right? Was Gladwell off target with his latest theory?

There’s ample evidence that Middle Eastern strongmen perceive danger in social media. As the turmoil erupted in Tunisia, former President Zine El Abidine Ben Ali’s regime launched a “remarkably invasive and technically sophisticated” phishing campaign, harvesting Facebook passwords in a desperate attempt to delete material that threatened them. The regime also arrested key users of social media, such as twittering activist Slim Amamou, who was ordered to turn over passwords and information about the online resistance. (In one of the Jasmine Revolution’s more intriguing yarns, Tunisia’s post-Ben Ali government named Amamou minister of youth and sports).

Egypt was even more aggressive in attacking the new media. Mubarak’s thugs seized and threatened with torture Wael Ghonim, the Google marketing manager who created a Facebook group memorializing Khaled Mohamed Said, 28, who was allegedly murdered by police in June 2010. Images of Said’s mutilated corpse drew over half a million followers on Facebook, catalyzing outrage and protests. Later, when the demonstrations boiled over in Tahrir Square, the government hit the off switch on the internet, and left it that way for days, crippling the economy.

Why would the erstwhile regimes take these steps if they didn’t see social media as a threat? Was this proof that the internet was indeed shifting the calculus of power in ways that entrenched dictators?

NY Times correspondent David D. Kirkpatrick thought so. From Tunis, he wrote (in a news article, not an opinion piece): “Before the advent of [Facebook and Twitter] local outbursts of unrest here were quickly crushed. This time, the revolt flashed across the country as protesters shared video of their own demonstrations. Grainy cellphone images of a clash with police in one town egged on the next.” Likewise, The Atlantic’s Andrew Sullivan points out that at the height of Tunisia’s revolution, Facebook membership soared, because “users stayed one step ahead of the censors.”

So is Gladwell backing down? Does he think that social media may have helped topple Ben Ali and Mubarak?

He broke his silence in a Feb. 2 New Yorker blog post titled “Does Egypt Need Twitter?” As evidence that communication innovations don’t matter, he argued: “People protested and brought down governments before Facebook was invented.” He cited the uprising of phoneless East Germans in the 1980s, as well as the French Revolution, where “the crowd in the streets spoke to one another with that strange, today largely unknown instrument known as the human voice.”

“People with a grievance will always find ways to communicate with each other,” Gladwell concluded. “How they choose to do it is less interesting, in the end, than why they were driven to do it in the first place.”

Really? So if communication is inevitable and means of dissemination are irrelevant, why does every dictator worth his jackboots control the mass media? Given that the people of Burma, North Korea and Zimbabwe have ready access to the human voice, does Gladwell think they simply lack sufficient grievances to curse their heinous oppressors? It couldn’t possibly be that the regimes they live under have so thoroughly marinated them in paranoia that they fear confiding in their neighbors, could it?

“Gladwell’s observation may be beside the point,” writes Yale genocide scholar Ben Kiernan in an email to GlobalPost. “Whatever the grievances, a key political issue determining the outcome is the scale of mobilization. Other things being equal, additional or faster means of communication (social media offer both) will make mass actions easier and more likely, if not broader-based and more effective as well.”

Clearly, uprisings are complex events, and many factors contribute to how they fare. In the Middle East, food prices, unemployment and the daily humiliation of repressive regimes gnaw at citizens’ patience. Another critical variable is a regime’s inclination toward brutality. “Iraq in the 1980s was willing to gas their own people. Egypt wasn't willing to do that,” points out Joshua Gross, a director of international affairs at the Glover Park Group.

But it can’t be denied that social media changes the dynamic. It’s not so much a question of whether social media forges the strong ties of real-world friendships, as Gladwell suggests. Rather, it’s the speed and persuasion of the outreach. Social-networking sites like Facebook facilitate revolutions, just as financial aid helps students attend college, and IVF enables infertile couples conceive. We all know that digital communications contribute to productivity, and that’s especially true if you’re a revolutionary with banned, incendiary material to disseminate. In the more affluent countries of the Middle East, the powers of social media are changing the communication calculus. The pen might be mighty, but the photocopier is mightier yet, just as Facebook and Twitter dramatically outgun their predecessors.

To borrow one of Gladwell’s own ideas, the many-to-many approach of Facebook — in which anyone can broadcast information on protests or images of atrocities — is catalyzing a tipping point for outrage.

That an observer of Gladwell’s exceptional talents could miss the revolutionary power of social media is, it seems, a sign of just how quickly communications (and modern life) are changing. Consider an example of how revolution was waged a generation ago.

In 1975, in one of the Cold War era’s most improbable quests, rebels in East Timor — a poor island territory where wealth was measured in water buffalo — declared independence. Resource-rich Indonesia, which surrounded East Timor and claimed sovereignty over it, invaded. Fearing that East Timorese independence would aid the Soviets, Henry Kissinger gave the nod for Indonesia to unleash American bombers to crush the (left-leaning) rebellion.

The atrocities were legion. Indonesia’s troops executed hundreds of civilians, forcing onlookers to count as they dumped the bodies one by one into the harbor. Soldiers pried terrified children from their mothers' arms before shooting the women. As the war raged on, entire villages were massacred and razed.

Rebel leader Xanana Gusmao was desperate to alert the outside world to these crimes. But how? Surrounded by ocean and enemy territory, in the darkest years of the struggle, they relied on a Wagner 50-watt single sideband transceiver, which they hauled to mountain tops to transmit a staticky signal in hopes that supporters in Australia would be listening. The rebels rushed their broadcasts so that the enemy couldn’t track the signal and kill them. Complicating matters, only one man among them — “his nom de guerre was Hadomi,” Xanana told me — was strong enough to carry the massive transceiver battery. Eventually the Indonesians killed Hadomi, and the rebels were silenced.

It took East Timor until 2002 to win its independence, some 27 years. By then, a quarter of the population had lost their lives.

Imagine what Xanana could have done with an iPhone and a Facebook page.