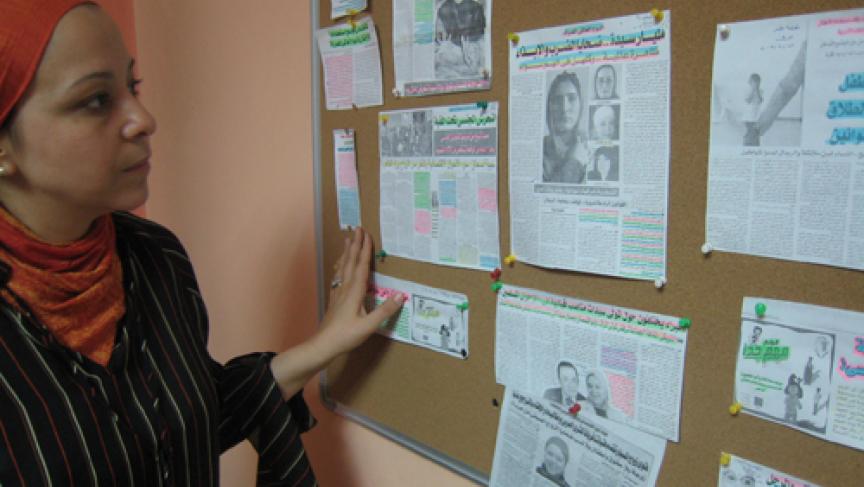 Share
By Daniel Estrin While covering the political uprising in Egypt, CBS correspondent Lara Logan was sexually assaulted and beaten by a mob. The attack against Logan went well beyond sexual harassment. But the attack has highlighted Egypt's long-standing problem with sexual harassment. It's an issue that hasn't always been treated as a problem in Egypt. For years, even the director of the Egyptian Center for Women's Rights didn't think it was an issue. Nehad Abul Komsan says she thought Egyptian men were just extra friendly. "We consider ourselves as a Mediterranean country," says Abul Komsan. "We are warm people, welcoming people … we say lots of words like 'Oh you, what pretty eyes you have.' For a long time, we considered this a sort of hospitality or warmness of the Egyptian." More than just words But then some of her interns, volunteers from America and Europe, started telling her it was worse than just words. In fact, nearly every foreign-born woman you meet in Cairo will tell you she's experienced something more than words. "You walk by, you have plenty of room," says one twenty-something who works in Cairo. "And they're putting out their pinky as they walk by, so the tip of their pinky can stroke the side of your thigh." As for the response when she calls the men out? "They're just, "Oh, I don't know what you're talking about ma'am." In 2008, Abul Komsan, the woman's rights activist, polled 1,000 women from all parts of the country. What she found shocked her. 98 percent of foreign women polled said they had been sexually harassed. And about eight out 10 Egyptian-born women said the same thing. She also surveyed Egyptian men, and almost two-thirds of men polled actually admitted that they harassed women. Unemployed with nothing to do So why is sexual harassment such a widespread problem in Egypt? It's connected to a number of well-known social trends, Abu Komsan says. There are rising numbers of unemployed men who hang out on the street with nothing else to do. A lot of them are unmarried in a country where relationships outside of marriage aren't tolerated. One bachelor named Tayeb Muhammed says he's ashamed of it, but he's sexually frustrated. "I do sometimes say things to women on the street," says Muhammed. "I'm not proud of it. I say things like, 'You are pretty, you have nice hair, give me your number.' But a lot of guys do much more." When Abul Komsan published the poll, Egyptian officials denied that harassment was rampant in their country. But then, in 2008, one man in Cairo made one very bad move. He reached through his car window and groped a woman on the street. That woman just happened to be a volunteer with the Egyptian Center for Woman's Rights. She pressed charges and the offender got three years behind bars. It was Egypt's first legal case against sexual harassment. Breaking the silence "What happened is something like a revolution," says women's rights activist Nehad Abul Komsan. "We break the taboo. We allow women to talk, we break their silence, so we are very satisfied with it." Many women among the pro-democracy demonstrators this month said they were elated, because they hardly experienced any harassment by men in the packed streets during the protests, or even while cleaning up the garbage from Tahrir Square. But the sexual assault of CBS correspondent Lara Logan serves as a reminder that Egyptians may have toppled their autocratic leader, but they still have plenty of cleaning up to do on the streets of Cairo.