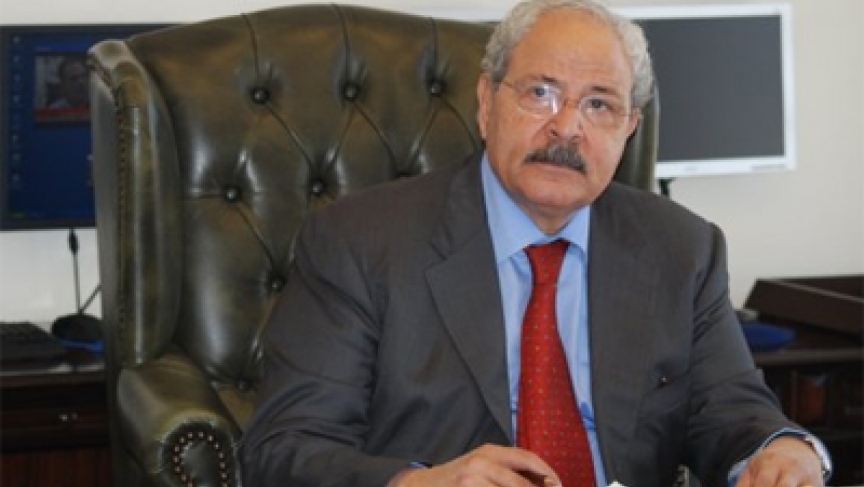 Share
At the beginning of Egypt's unrest in late January, economist Samir Radwan experienced first hand what the breakdown of law and order was doing to his country. He had to serve guard duty at his apartment building. That was before then-president Hosni Mubarak named him Finance Minister in a bid by to defuse growing calls for change. Radwan said his shift ended when neighbors told him, basically, to get lost. "They told me you'd better have to go do something more useful," he said. Now in the third week of his new job, Egyptian Finance Minister Samir Radwan's office in the Ministry of Finance still isn't quite his. The former finance minister's awards and books still line the bookshelves. Challenging Times Radwan returned to Egypt in 2003 after nearly 30 years as a senior economist at the International Labor Organization, based in Geneva. Back in Egypt, he ran a regional think tank and then worked as an advisor to Egypt's financial regulator. Long an advocate for democratic reforms in Egypt, the 68-year-old calls these "challenging" times. Egypt suffers from widespread poverty, low wage jobs and a massive state funded bureaucracy. But Radwan said he's enjoying the opportunity for change that Egypt's revolution has provided. "Perhaps the advantage these young people have created for Egypt is to try and think of non-traditional solutions to very traditional problems," Radwan said. "These are problems that had been with us for several years. And we have been moving around in circles around these problems. So it's time now, in this new spirit, to confront those problems head on." Bureaucracy Out of Control One of the biggest issues, he said, is the bureaucracy. He said there are six million government employees for Egypt's population of 80 million people. That, he said, is one of the highest ratios in the world; around one government employee for every 12 or 13 people. "And those 12 go home totally dissatisfied with the service," Radwan said. Many public sector employees have other jobs on the side. And 50 percent of the country's work force is in low wage, low productivity "informal" sector jobs. That can mean anything from shining shoes to selling tourists trinkets. Radwan wants more financing for small and medium sized businesses to increase incomes and job opportunities. He wants to create semi-private organizations to help train people. He said areas that could grow here include tourism, manufacturing and the huge, but decayed cotton industry. "Over the last 20 years there was no technological advance in those companies — and they employ huge numbers of people and we are still using the technology of the 1960's or 70's," Radwan said. "I buy my cotton shirts from Geneva – not Cairo. And I pay from the nose for a cotton shirt. And it is Egyptian cotton." Not Everyone Deserving After his interview Wednesday, Radwan planned to meet a group of labor organizers who are demanding better conditions and pay. He'd invited them into the Finance Ministry's auditorium. Under Mubarak, the unions were dominated by well-paid regime cronies. Now that the old bosses have been removed, unions are demanding better pay and job conditions. Radwan said there are a host of long-standing grievances. "So far I managed to keep the budget deficit in place, but until when, and with these demands," Radwan asked. "Everybody wants a job now, and high salary now and the one simple question is that is not posed is, 'do I really derive this?' And this is a good chance to bring the society up to the level of the aspirations of those people in Tahrir Square." If there was any time when dreams could come true in Egypt, it's now. But the clock is ticking. Radwan worries he and his colleagues in the caretaker cabinet have just six months before elections to begin fixing what's broken after 30 years of autocratic rule.