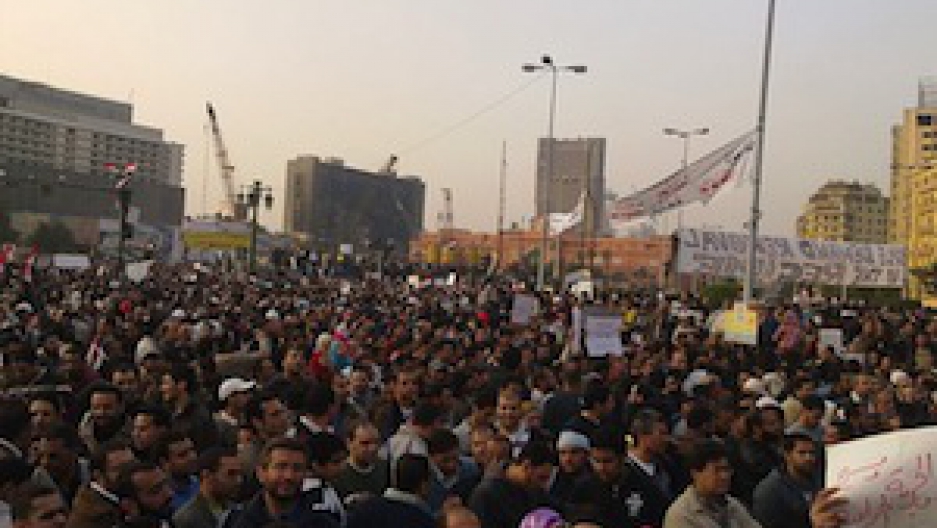 The government in Iran did their best on Monday to crack down on any Egypt-style protests. Opposition leader Mir Hossein Mousavi was reportedly placed under house arrest, and phone lines to his house, including mobile phone connections, were cut off. Reporter William Yong told PRI's The Takeaway that the few protesters he found were "broken up fairly quickly" by the police.

Similar protests have broken out in Algeria, Bahrain, Yemen and other places throughout the Arab world. There is "a wave of fascinations spreading across the region with what happened in Egypt," according to Stephen Kinzer, Professor of International Studies at Boston University. The other waves of protests may not be as successful as Egypt's, however.

"Many forces in these countries that are deeply vested in the status quo," Kinzer told The Takeaway. "I don't think this is going to be so easy to replicate."

"Before you start to see large movements like the one we saw in Egypt emerge in other countries," Kinzer says, "people are going to wait a little while and see how the Egypt situation plays out."

A big question is how the United States is going to react. "The United States has always been against democracy in the Arab world," according to Kinzer. "And the reason was, we were afraid that democracy would produce some kind of an Islamist alternative. And there's probably some truth to that fear."

The United States needs to realign its foreign policy, according to Kinzer, to be more in line with the wishes of the people of the Middle East. He emphasizes the policies with Israel as a source of much of the tension in the Arab world. Kinzer says, "As long as governments continue to support those policies, and Americans push them to do that, those governments are going to remain unstable and the targets of discontent."