Amid all the journalist-bloggers on the Cairo streets this week, Ahmed "Danny" Ramadan's posts on the arts news site Hyperallergic stood out to us. Especially the way he noticed how street graffiti had changed since the protests began. When Studio 360 reached Ramadan earlier this week, he told us that the "graffiti started out with simple slogans like: 'We love Egypt' and 'Down with Mubarak.'" But then it got more creative, Ramadan said. 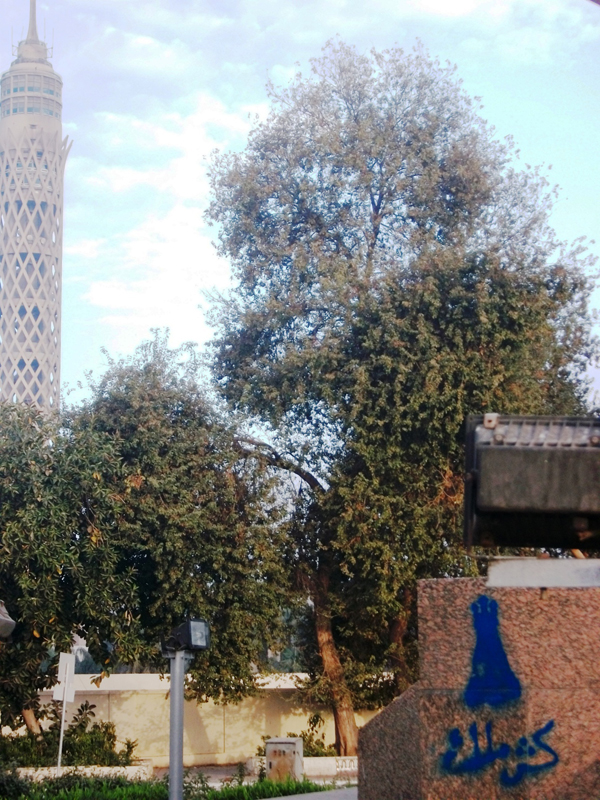 On a statue, a stencil spray-painted chess piece -- a King -- with the word "checkmate" in Arabic underneath.

Then there was this bit of 21st century tagging we couldn't resist re-posting from Ramadan's collection of graffitti images: 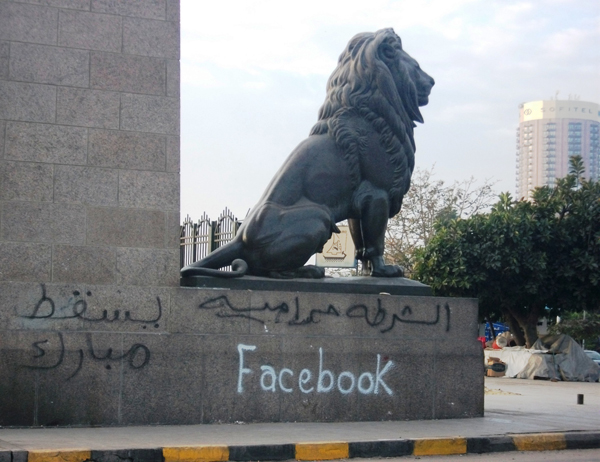 Qasr al-Nil bridge in downtown Cairo. Over "Facebook" is the Arabic for "Police are the thieves," to its left "Down with Mubarak."

All images courtesy of Ahmed "Danny" Ramadan via Hyperallergic