Some of the world's greatest art has been inspired by revolution, but how often does a work of art become part of the revolution itself? Watching the protests in Cairo last week, Egyptian poet Tamim Al-Barghouti was inspired to write a brand new poem -- its Arabic title roughly translates as "Oh Egypt, It's Close."

With the internet down, he faxed the poem to a Cairo newspaper, copies of which were distributed in Tahrir Square. Then Al-Jazeera asked him to record it. The video of his reading was projected in the Square every couple of hours on makeshift screens, helping to fuel the protests in real time.

Al-Barghouti did all this from the United States, where he teaches at Georgetown University's Center for Contemporary Arab Studies. This isn't the first time his poetry has gotten him a lot of attention. Al-Barghouti's poems opposing the Iraq War led to a temporary expulsion from Egypt; he could only return once the war ended. And in 2007 his poem "In Jerusalem" became a viral YouTube sensation after he performed it in an American Idol-style competition called "Prince of Poets." 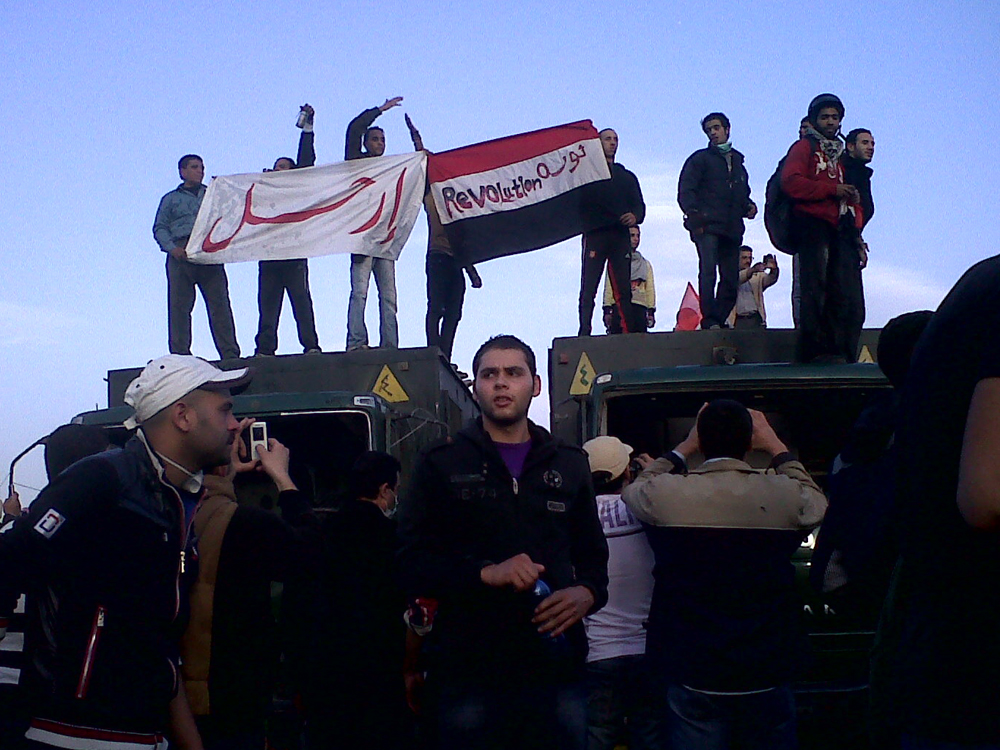 Studio 360 host Kurt Andersen reached Tamim Al-Barghouti this week at his home in Washington, DC. He said that under Mubarak, freedom of expression wasn't exactly forbidden -- but people never knew when the government was going to crack down. "Mubarak had this motto: 'you say what you want and we do what we want.'" Now the poet whose words helped provoke the uprising is optimistic for Egypt's democratic future: "This is one of the very rare moments where our hopes and expectations are not so far apart in the Middle East."