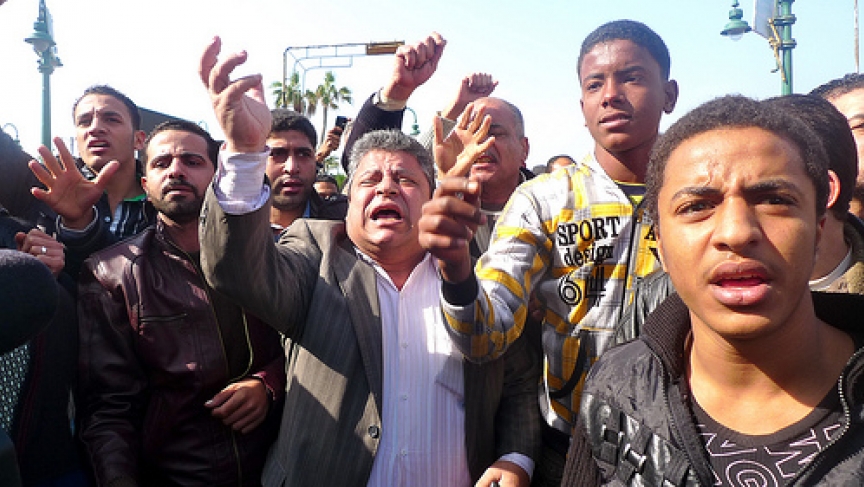 Egyptian anti-government protesters have fought back against supporters of President Hosni Mubarak, pushing them out of some streets near Cairo's Tahrir Square which they controled. Stones were thrown on both sides, and some gunshots have been heard. The army, which was trying to separate the two sides, appears to have failed to control the crowds. The World's Matthew Bell is in Cairo. (Photo: Hannibal Hanschke/dpa/Corbis) The Egypt protests on The World