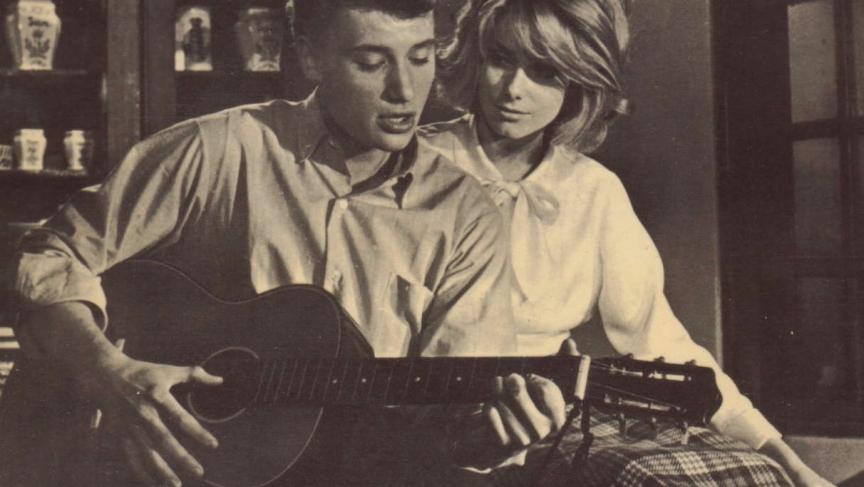 The ruggedly handsome 67-year-old, Johnny Hallyday, has been producing rock-n-roll hits for the past 50 years, but his work doesn't translate much outside his native France.

"Hallyday's image is of someone who is strong and powerful -- a real breathing, physical beast, but at the same time he has a shy air, as if he were fragile on the inside -- someone who could just melt away," says Strasbourg record storeowner, Philippe Semanne. "And the French adore that."

He is so popular in France that former president Jacques Chirac called Hallyday, "the country's only original rock-n-roll star." Pierre Brandt, a Strasbourg street musician, explains what makes the star unique: "What they love is how Hallyday unabashedly embraced a foreign genre and made it his own."

The singer's ability to translate rock-n-roll into French culture has made him a success at home, but that ability does not apply to exporting his sound abroad. Says Brandt: "Even right across the border in Germany, they toss Johnny in the trash."

After a near-lethal battle with cancer last year, Hallyday is back producing hits and, although the rest of the world may not notice, France is thrilled.