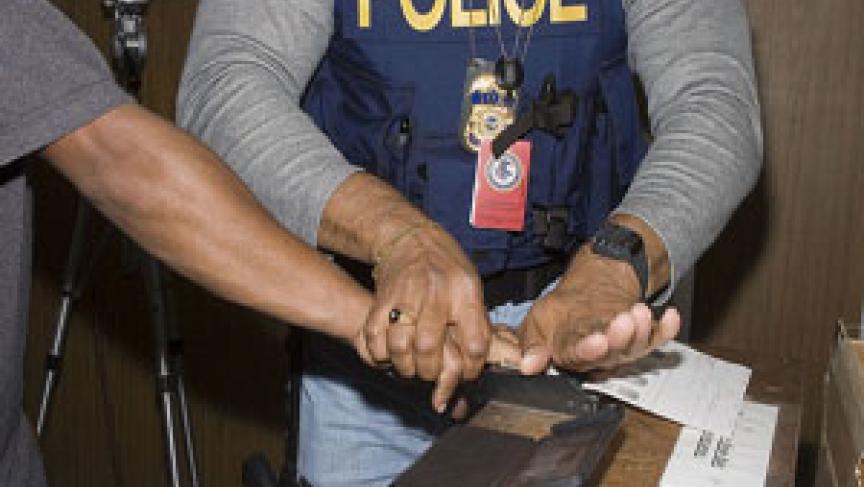 This week, the people of Haiti paused to mark the one year anniversary of the quake that devastated much of their country.

But Haitians have little time to dwell on the past. The present is full of challenges still. About a million people remain homeless -- most living in makeshift camps.

Only a small fraction of the quake rubble has been cleared. And there's also an ongoing cholera epidemic complicating things.

Haitians living in the US also face an additional challenge now. The Obama administration had suspended all deportations to Haiti in the quake's aftermath last year. That is now about to change.

The deportation process has already begun.

About one hundred Haitians have been transported from South Florida to Louisiana.
The move is considered one of the last steps before people are put on a plane back to Haiti, where they will likely be jailed.

"It's insanity," she said, "to deport Haitians back to a country still reeling from the quake and struggling to contain a cholera epidemic."

Caroline Bettinger-Lopez is director of the Human Rights Law Clinic at the University of Miami. She said conditions in Haiti are deplorable.

"When Haitians were deported routinely placed in holding cells in conditions highly unsanitary, rodent infested, no beds... they have to sleep standing with arm tied to the window to prevent yourself from falling down."

And Bettinger-Lopez said it's especially dangerous now that the cholera epidemic is raging through the country. She said over 48 individuals in Haitian detention centres have died.

The deportations aren't just troubling for the roughly 350 Haitians in US detention -- or for their families.

The spectre of being sent back to Haiti is also terrifying the tens of thousands Haitians living or working in the US without legal documents.

Fritz, who did not want to use his last name, came to the US with his family after the quake. The family was at a press conference in Miami yesterday.

When it was their turn to speak, Fritz, his wife and their two young daughters started weeping. After sympathetic murmurs and a few and tissues, Fritz, began speaking softly in Creole.

Fritz described the horrible conditions his family faced in Haiti after the quake. He said they came to the US simply to survive.

Cheryl Little -- the immigration advocate -- said the Obama administration is putting Haitians in an awful position.

Groups opposing the deportation said Haiti is not equipped to deal with thousands of families who will need water, food and shelter.

Randy Mcroroty, executive director of Catholic Legal Services in Miami, said any time and money invested in sending people back to Haiti is a diversion from helping the country rebuild.

"If they are not going to be on the street, they are going to be housed somewhere at some expense to someone, money spent on Haitian prisons could be better spent on foods and water right now," he said.

The looming deportations are making an already mistrustful Haitian community even more wary of government interaction.

Haitians have all but stopped applying for Temporary Protective Status, or TPS.
That's a special designation for Haitians who were in the US before the quake. It gives them temporary permission to live and work in the US legally.

The deadline to apply for TPS is January 18.

The Department of Homeland Security has not commented on TPS, the deportations or really much of anything relating to the Haitians' situation.

Spokeswoman Barbara Gonzalez would not speak on the record. She would not say when the deportations will start. Nor would she say what crimes the Haitian detainees have been convicted of.

Many, including Cheryl Little asked the same thing: "Why is our country doing this, and why now?"

That's another question the Department of Homeland Security wouldn't answer.