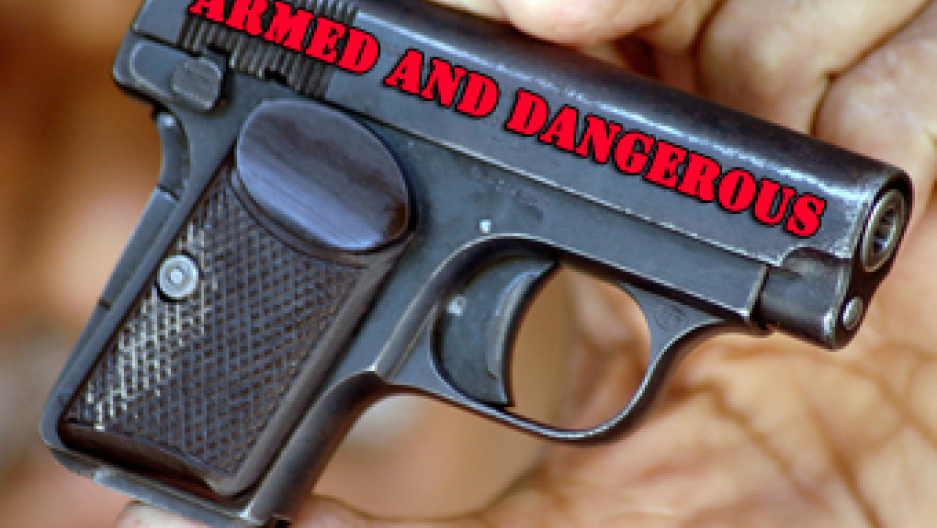 Editor's note: "India: armed and dangerous" is a three-part series on India's rising gun culture, the proliferation of illegal weapons and the middle-class fight to bear arms. Jason Overdorf and Poh Si Teng researched this project with the aid of the South Asian Journalists' Association (SAJA) Reporting Fellowship.

NEW DELHI, India — Three years after two teenage boys allegedly gunned down his 14-year-old son, Abishek, over a playground spat, Gurgaon businessman Rajinder Tyagi is dry-eyed as he describes the boy's senseless murder. A veteran of hundreds of media interviews, he's made himself numb in an endeavor to shield his wife and daughter from the press.

"My son was walking down the stairs," recalls Tyagi, his face set with grim determination. "They shot him from the back. Four bullets. He died on the spot." India's first school shooting at the posh Euro International School in New Delhi had claimed young Abishek Tyagi's life.

For now, schoolyard gunplay remains rare. But thanks to a strange coincidence of Americanization and traditional machismo brought on by rapid economic growth, India has developed a gun obsession that makes Charlton Heston look like Gandhi.

Police say there has been an alarming rise in gun violence in and around Delhi over the past few years as weapons proliferate. Illegal factories have become so common that country-made guns are sold like candy in local bazaars. And as more and more people seek to obtain legal, licensed guns, an organization modeled on America's National Rifle Association has emerged with the mission to ensure every Indian the right to bear arms.

Delhi is no Peshawar — yet — but it's starting to look an awful lot like South Central. Police say Abishek's 14-year-old classmates allegedly followed him into a deserted stairwell, where they shot him at point-blank range with an imported .32 caliber Harrison pistol that one of the assailants had brought to school hidden in a sock. When Abishek arrived at the nearby Pushpanjali Hospital, he had two bullets in his chest and one in his head.

"He was our only son," Abishek's father said, holding up his boy's school photo. "He was a good athlete. He was good in his studies. He was good natured. I remember everything from his childhood till the day he died. I spent 14 years of my life with him."

Every few weeks there's a new story. A motorist pulls a pistol to clear a traffic jam. An armed gang shoots and kills a young woman returning home late at night when she refuses to pull over to be robbed or raped. A man pumps a bullet into the skull of his fiancee when she decides to call off their marriage. Thugs gun down a real estate broker over a business deal. A businessman — drunk and angry over losing his job — shoots his wife, daughter and son before he turns his gun on himself. A middle-aged woman who berates two roadside Romeos for harassing her daughter is shot dead for her trouble. Or the police shoot and kill traders trying to escape with a stash of smuggled guns. In north India, and increasingly across other parts of the country, it seems, the emergent "India Shining" of election campaign slogans may turn out to be nickel-plated.

Nationwide, around 40 million firearms — only about 5.5 million of them licensed — are in civilian hands. That's the second-highest total in the world, after the U.S., though it amounts to only four guns for every 100 people in India, compared with 90 guns for every 100 Americans. And despite relatively strict gun control laws, police and anti-proliferation activists say the number of weapons on the street is growing steadily.

"We have weapons ranging from homemade guns, which are called kattas, right [up] to [fire]arms as sophisticated as the [American] M-16 and Israeli Uzi," said Binalakshmi Nepram, head of the Control Arms Foundation of India. "And in places like Uttar Pradesh, they say gun shops are mushrooming like public telephone booths."

India's most populous state — and known as one of its most economically depressed — Uttar Pradesh has around 900,000 licensed gun owners, and several times that number of illegal arms. According to the National Crime Records Bureau, Uttar Pradesh, and two other northern "cow belt" states, Bihar and Jharkhand, accounted for two-thirds of India's gun-related homicides in 2008, the most recent year for which statistics have been collected.

But the killing isn't confined to the backwaters of these so-called "lawless states." Just as in the United States and other countries, gun crime is an urban phenomenon. Fearful city dwellers are clamoring for gun licenses to protect themselves from criminals. And, increasingly, the weapons of the mushrooming illegal rural factories of states like Bihar and Uttar Pradesh — along with the culture of the gun — are finding their way into India's cities.

"Everyone in our family has one. Our family has the largest number of guns in Gurgaon," said Rajje Yadav, a real estate developer who also owns a liquor store.

Yadav is a representative of north India's new rich. Over the past several years, the rapid economic growth of the “National Capital Region” (NCR) that surrounds New Delhi — and an accompanying real estate boom — has brought radical social change to the traditionally macho, honor-obsessed communities of rural Haryana and Uttar Pradesh.

Agrarian castes like the Jats and Yadavs have been propelled to fantastic wealth through the sale of their farms to real estate developers. But many have failed to integrate into the new urban society that surrounds them. For every new rich man there's a poor one who covets what he has.

And social tensions have been exacerbated as the educated members of the lower castes who once worked as bonded labor now leverage social programs to uplift themselves and overtake their one-time landlords. Throw in an obsession with izzat, or honor, and a fascination with guns, and you have the perfect recipe for violence.

"We and our relatives who are in the land and wine business have to handle enormous amounts of cash every day, so in order to protect ourselves we have to carry guns," said Yadav. But he admits that there's more to the phenomenon. "Guns have become a sort of status symbol," he says. "Possessing a gun takes a person to great heights."

Accidental deaths at NCR weddings — where revelers show off by shooting into the air — have become so commonplace that a council of leaders from some 40 villages in Delhi's hinterlands banned firearms from marriage ceremonies earlier this year. In a recent incident, for instance, bridegroom Pankaj Kumar was killed by a stray bullet at his wedding celebration when his father couldn't resist discharging his pistol into the air to show his status. No doubt today he feels much the same pain as Rajinder Tyagi.

"We pray to the almighty that something of this sort never happens to anyone, ever," Tyagi said. "The tragedy of losing a child is the greatest of them all."

But the rapid proliferation of guns suggests such tragedies are likely to grow more common. Already, in Meerut, another burgeoning city on the border of Delhi, guns accounted for nearly a quarter of accidental deaths in 2008.

"According to us, the reason behind this is the rapid industrialization and colonization in these areas,” an inspector general with the Meerut police recently told an Indian newspaper. “People are prospering and where there is money involved, there is always a fear of crime."

Because of that fear, it's not just rowdies, politicians and criminals who are arming themselves, and it's not only the newly rich of India's macho castes. It's doctors, lawyers and journalists, from the purportedly bookish Brahmin caste on down.

Consider Rakesh Singh, a native of Andhra Pradesh who has been a practicing doctor in Gurgaon for nearly 10 years. A few weeks ago at the private hospital he founded in 2007, located in a row of property dealers that hint at Gurgaon's red-hot real estate market, he gingerly pulled a licensed Indian-made revolver out of his desk drawer. He wasn't proud. He was angry.

"Deep down there's a sense of insecurity," he said. "Even in this city. Or as such in the NCR — Noida, Ghaziabad, Gurgaon. Even when you're out with your wife on Saturdays with the children, or driving back [home] at 10:30, you have this insecurity."

Not long before, a car had forced him off the road while he was on his way home. Seeing a gun in one man's hand and realizing they planned to rob him, or worse, Singh threw his car in reverse as the man opened fire, shooting three times. Outside his clinic, he pointed out the place where one of the bullets hit the hood of his car. Next time, Singh plans to shoot back.

"[It's] survival of the fittest. If you want to live in Rome, you have to live like how the Romans do," he said. "I have a revolver. But I really wish I had a more sophisticated, easier-to-use weapon. Because I'm really angry about the whole thing and I wouldn't think twice about shooting back. ... Somebody needs to let them know, you're not going to take it lying down. You can't go around, get drunk and go shooting people, bully people around who are just doing their job."