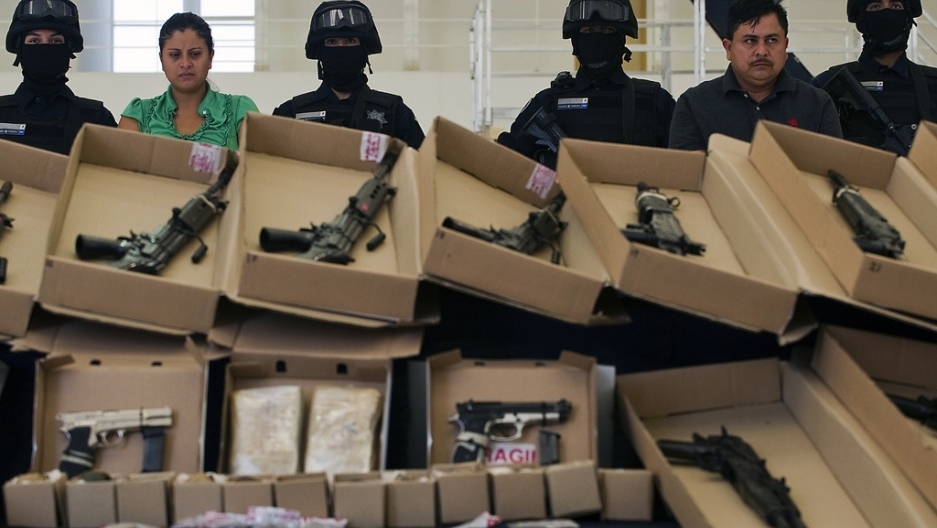 MEXICO CITY, Mexico — The female drug lord sells heroin out of her Ciudad Juarez home, cruises in expensive cars and is behind a series of murders of rivals, according to a newspaper report.

This may sound like one more sordid crime story out of a Mexico that has reeled with a surfeit of drug-related bloodshed in 2010. But this report is actually from 1933.

The archive article from El Continental, kept in microfilm by the University of El Paso, describes a woman called Ignacia Jasso, or La Nacha, who dominates the border drug trade to eager American customers who come from as far as Albuquerque, N.M., for their fix.

“We are informed that La Nacha travels tranquilly round the Juarez streets in her luxury car that she just brought,” the report goes on. “It seems she has some important influences and this is why she has not been captured.”

As the story of La Nacha — who was later imprisoned — confirms, women have been involved in the Mexican drug trade since its earliest days.

Now as the drug war spreads into a wider civil conflict that has claimed 30,000 lives in four years, women are being increasingly arrested for drug dealing, money laundering and even working as full-on assassins.

Mexico’s National Women’s Institute reports the number of women incarcerated for federal drug and organized crime charges has quadrupled in the last five years to 4,292 — out of a total of 11,000 female prisoners.

While female involvement is not new, it continues to provoke surprise, curiosity and outrage from both Mexico and the wider world.

Pundits and the public express astonishment that women can be involved in such a bloody business — while stories of narco-funded beauty queens provide moments of titillation amid a relentless body count.

Mexican journalist Javier Valdez released an entire book of accounts of female crime figures titled “Miss Narco,” which has been one of the best-selling works on the conflict this year.

“It tells of queens, and brave ones, heads of assassins, and owners of money and vices, hard women, those immortalized in songs, and those idealized for their beauty and power of command,” says the prologue.

Valdez’s study shows that women fall under the pressures of a difficult economy, broken homes, single motherhood or are led by gangster boyfriends and husbands into the crime world.

People were particularly shocked by a video of an alleged woman killer confessing to murders for the gruesome Zetas gang on a film that was posted on the internet last month.

The confession of Veronica Trevino appeared to have been obtained under force from the Zetas’ archrivals so it has hard to confirm the details. But it was taken as proof by the gangsters, who decapitated her and left her head in an icebox.

A less bloody female celebrity connected to the crime world was beauty queen Laura Zuniga — winner of Miss Hispanic America — who was arrested in 2008 along with a wanted trafficker in a car full of money and guns.

Zuniga was later released without charges, but not before she had been paraded on the front page of the national press with headlines such as “Miss Hispanic America and the Seven Narcos.” She said she was the just the girlfriend of the trafficker but not involved in his business.

In Sinaloa state — the heartland of Mexican organized crime — girlfriends of traffickers have become an entire subculture known as "buchonas," identified by diamond-studded finger bling, fake breasts and expensive dresses by foreign designers.

A recent story on buchonas in the state’s best-selling Noroeste newspaper was followed by regretful comments on how so many women fall for the drug dollars.

“What a shame that there are ladies who get dazzled by the false shine of that money, who only aspire to be the girlfriends or loved ones of these vulgar thugs,” wrote a Sinaloan resident identified as Gonzo.

The shining wealth of drug dollars has also lured women further south to Colombia, where the Mexican gangsters buy their cocaine.

A Colombian book “Without Breasts There is No Paradise” chronicles girls who have breast implants to garner rich narco boyfriends.

It was made into one of the most successful soap operas in the history of Colombian television, sparking a recent sequel, “The Dolls of The Mafia.”

But even just being the girlfriend of a capo can be dangerous in the current bloodshed in Mexico.

Public enemy No. 1 Joaquin “Chapo” Guzman was documented as having a romance while in prison with inmate Zulema Hernandez, a tall blond armed robber.

However, after Hernandez was released in 2008, she was kidnapped and murdered, apparently by Guzman’s rivals, the Zetas. On her stomach, buttocks and chest, the killers carved the letter Z.

The battle for Rio de Janeiro