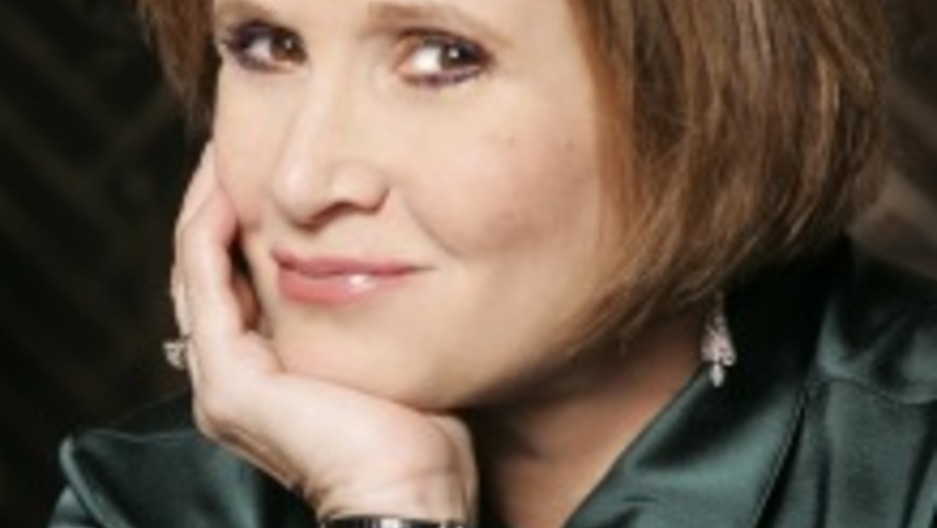 About a year ago, Carrie Fisher (script doctor, memoirist, recovering Princess) took to Broadway a one-woman show called"Wishful Drinking" --- an account of her struggles with alcoholism, failed romances, and brushes with death that proved Fisher had a knack for stand-up. Afilmed version of her stage showairs this weekend on HBO.

Fisher has long been outspoken about her problems, but seeing is believing. When she came to Studio 360 to talk with Kurt late in the afternoon, a couple hours before showtime, she arrived in dark glasses, and yawning. "To me there's Carrie and there's Carrie Fisher,' she explained, 'and Carrie has to make sure Carrie Fisher gets enough sleep so Carrie Fisher can do her show, [because] Carrie wants to go shopping."

You can hear their full conversation here: