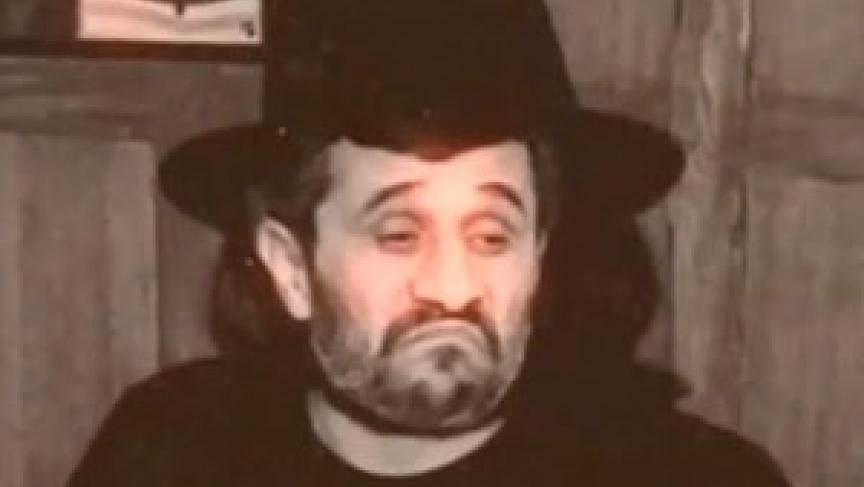 Fati Zarei is one of about a million people who go online every week to watch Parazit. It's an Iranian news satire show that some are calling a Persian version of the Daily Show with Jon Stewart.

Like the Daily Show, Parazit delivers the more bizarre moments of political news with big doses of straight-talk, outrage, and satire. But the focus is Iran.

So instead of shots of Sarah Palin, there's a montage of Supreme Leader Ayatollah Ali Khamenei repeatedly warning of the foreign enemy. Instead of clips from Fox News, there's an Iranian journalist professing his desire to be the first to upload news that the Messiah has come.

Fati Zarei sometimes can't quite believe what she's seeing. "This is so stupid!" she says, but then she adds, "But this is real!"

And instead of Comedy Central footing the bill, it's the Voice of America, the official broadcasting service of the U.S. government. It's among the few foreign-based news outlets that offer alternatives to Iran's state-controlled media. The show's name means "static" -- a reference to what happens when the Iranian government blocks the satellite airwaves that illegally broadcast the program into Iranian homes.

Iranian officials maintain that the VOA is an arm of the CIA, waging a soft cultural war to overthrow the government.

Parazit plays on those claims. In the opening credits, Parazit's 35-year-old host Kambiz Hosseini announces Voice of America, and then mocks Iran's suspicion of it.

"This is the show brought to you by children of the revolution, which is us, who have now become foreigners and enemies and infidels to spread imperialism all over Iran," he says. "It's an angry humor, dark angry humor. It's a voice of my generation."

The voice of a generation, or the Voice of America? Whichever it is, Hamid Dabishi, a professor at Columbia University, says he loves the joke.

"The service of American imperialism," he laughs. "It is ingenious!"

Dabishi adds that Iranians, like him who dismiss Voice of America as propaganda, have become online fans of Parazit.

Kambiz Hosseini, who hosts Parazit from VOA headquarters in Washington, where he's lived for the past three years, says he feels free to do what he wants on the show. He adds that after last year's disputed presidential elections in Iran, that means meeting a new demand.

"All of a sudden in Iran we have many young people who they are interested in politics," he says. "They're getting entertained by politics, but they also don't trust the news that they get in the newspaper.

Ali, an artist in Tehran who didn't want to give his last name, says he was badly beaten by government forces during last year's unrest. He says he watches Parazit to get informed about what's going on -- without getting too upset about it.

He says there's a lot of bad news in Iran. "It's bad for your blood pressure," he says. "Naturally we want to forget it." But he adds that if it's delivered with some humor and irony, it's a little easier to take.

Parazit regularly skewers TV programs that are awash with religious pronouncements. In one skit, an Islamic expert explains that Arabic, the language of the Koran, is spoken in heaven, and Persian, the language of Iran's 72 million people, is spoken in hell. So Hosseini and a friend head to heaven, where they sweet talk their way past the bouncer at the door by repeating the only Arabic they know, a phrase for "welcome." When they get in, they're shocked to see an Iranian judge notorious for executions. Hosseini unconsciously slips back into Persian. There's a clap of thunder, and he's sent to hell where he can drink and talk freely.

Parazit's FaceBook page now has 160,000 followers. That's more than the page of Mir Hossein Mousavi, the opposition leader who has commanded huge street protests in Iran. Still, despite the growing popularity of Parazit, Hosseini says it's not easy being Iran's Jon Stewart. He notes that great comedy comes from tragedy, but it's hard to deal with human rights issues and "the many violations" of the Iranian government.

Then, with a reference to Stewart's October rally in Washington, Hosseini says, he hopes that "someday we could restore sanity in Iran also."

It's unlikely that Hosseini would lead a rally anytime soon in Iran. His home country is a dangerous place for journalists, fake or real. Last year, Iran imprisoned Maziar Bahari of Newsweek magazine. He was charged with conspiring with the West. The evidence? A clip of his appearance on the Daily Show, talking with a news correspondent dressed as a spy.