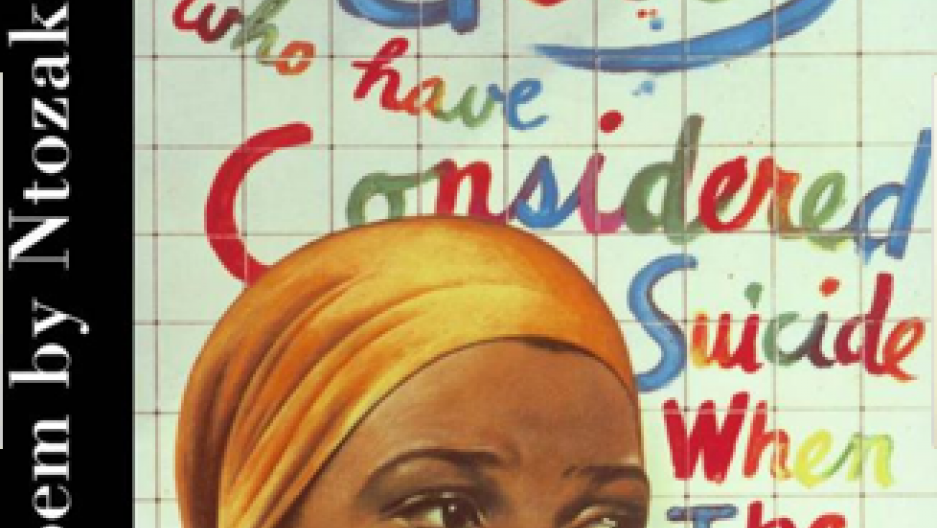 Broadway audiences were probably not familiar with the term "choreopoem" when "for colored girls who have considered suicide/when the rainbow is enuf" arrived at theBooth Theatre1976. But Ntozake Shange's dynamic and revealing series of poems (set to music and movement) was a giant hit, winning a Tony and a Drama Desk Award. "All sorts of people who might never have set foot in a Broadway house---black nationalists, feminist separatists---came to experience Shange's firebomb of a poem,"remembers Hilton Als, now the theater critic forThe New Yorker.

The play went on to be adapted into a TV movie and interpreted in countless regional and amateur productions. Now it's a major motion picture, with direction and a screenplay by comedy mogul Tyler Perry.

This weekend, the 13th annual African American Women In Cinema Film Festival concludes with an event honoring Shange. "for colored girls" launched a generation of spoken-word and performance artists -- and Shange has proved prolific since then, publishing dozens of plays, poetry collections, and other books. She'll receive the African American Women In Cinema Pioneer Award. The 1982 PBS version of the work, starring Shange, will be shown. I'm particularly curious to hear Shange's conversation with Felicia Lee of the New York Times: I hope to hear how Shange feels her choreopoem fared in the hands of a filmmaker perhaps most famous for wearing a fat suit and playing 'the gun-toting, insult-hurling grandmother' Madea.

RELATED: Our colleague, WQXR host Terrance McKnight, recently talked with Ntozake Shange and vocalist M. Nahadr (who wrote a song for the new film) about whether 'For Colored Girls' is still relevant for the modern African-American woman. Listen above.