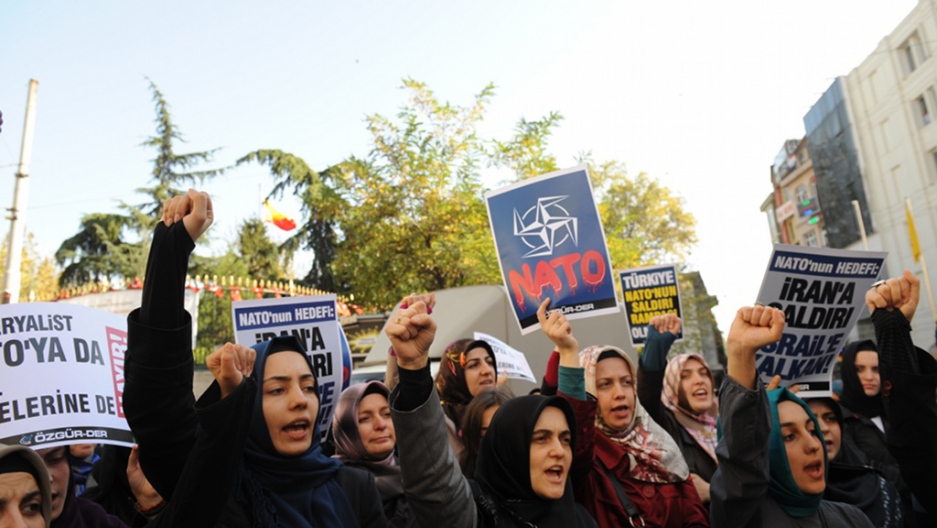 Top News: The European Commission, the EU's executive arm, slammed Turkey last week in a series of reports which made it clear that while Serbia and Montenegro are on the cusp of EU membership, Turkey still has a long road ahead of it. The report reproached Ankara for failing to normalize relations with EU member Cyprus, and for its deficiencies on issues such as freedom of religion and freedom of speech. Somewhat ironically, the report was published just hours before Turkish President Abdullah Gul spoke in London as the winner of the prestigious Chatham House prize on why EU membership is so crucial for both parties.

"The EU will not be weaker, but stronger politically and economically with Turkey's membership," Gul said.

To further Turkey’s angst with Europe there is also the ongoing struggle to find a compromise over NATO’s plan for a missile-defense shield. The Unted States has made it clear that the goal of the missile-defense shield is to deter Iranian long-range missiles, which they fear could be tipped with warheads. But Turkey — who has good trade relations with Iran and relies on them for 20 percent of their gas consumption — is doing their best to convince NATO not to name any country as a target of the defense shield. A final decision on whether to support the plan will be made at the alliance meeting in Lisbon later this week but Turkey — who, like all the NATO members, holds veto power — has not yet confirmed whether they will support the project and, if they do, whether they will allow a radar base for the defense shield on Turkish territory. In their 60 years as a member of the alliance, it’s hard to remember tougher times for Turkey and NATO.

A suicide bombing on Oct. 31 in Istanbul’s central Taksim Square injured 32 people and left the city in shock. The attacker tried to board a police bus at the northern end of the square — a transportation and commercial hub usually packed with tourists and shoppers — and blew himself up next to it when he failed to gain access. Fifteen of the wounded were police officers, two of whom were battling life-threatening injuries. While the Kurdish Workers’ Party denied the attack, the Kurdistan Freedom Falcons, a splinter group linked to them, claimed responsibility a few days later.

Money: Aside from Thanksgiving, Turkey and the U.S. Native American population don’t appear to have much in common. That may be changing though. Among the passengers onboard the first Turkish Airlines flight between Washington and Istanbul were a number of Native American leaders, who represent growing economic ties between the two countries.

The trip, organized by the Turkish Coalition of America, was a sort-of foreign trade operation centered around meetings with Turkish business officials. In a country with little knowledge of Native Americans outside of old westerns, the trip also served as a sort of cultural exchange. For the Turks though, there could not have been a more important or potentially profitable moment than the visit to the Ataturk Airport Free Trade Zone.  Members of the tribes were taught how to build “free zones” on their lands to attract foreign investment and avoid national tariffs.

After the U.S. Federal Reserve decided to pump the market with liquidity Turkey fought back. They faced two options — either to allow the Turkish lira to appreciate, making their exports less competitive, or risk inflation by cutting interest rates. However they chose to raise the lira reserve requirement half a percentage point just 24 hours after cutting borrowing rates by 4 percent. It was a risky move that could cause foreign investors to look to other markets. But if they manage to deter hot money flows then everyone getting paid in the lira will be grateful.

Elsewhere: Oktay Eksi, a long-time columnist for the Turkish daily Hurriyet, resigned a couple weeks ago in the face of government and "public” pressure.  The problem began when Eski wrote a column criticizing a government project to build a series of damns in northeastern Turkey. He also accused Prime Minister Recep Tayyip Erdogan and others of being willing to "sell their own mothers."

Columnist Andrew Finkel points out that the comment would not have been an issue if Eski were not notoriously difficult and antiquated in his views. For those reasons he believes many people were ready for Eski's departure from the newsdesk. Erdogan and Energy Minister Taner Yildiz have not let the issue rest with Eski’s resignation and are filing a suit against him for insulting their reputations — another example of Turkey's rather appaling treatment of the press.