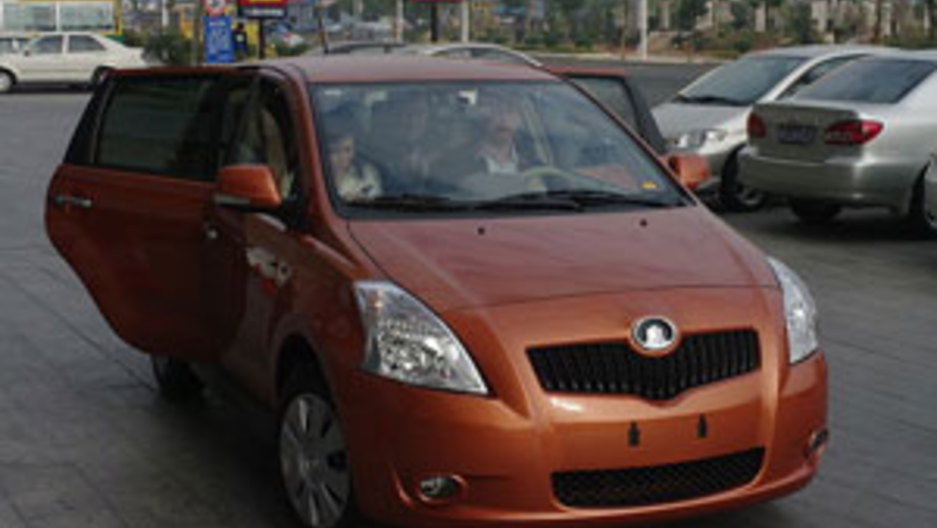 Bahovitsa, Bulgaria, may seem an unlikely place for the start of a sea change in the global economy. On a site that not long ago was an idyllic cow pasture, the Great Wall Motor Company is building a plant that will create some 50,000 cars per year.

Great Wall Motors started producing trucks in 1991 and sold its first sedan in 2008. Today their Hover SUV is the second best selling vehicle in China. The company focuses mainly on the Chinese market and the developing world but now they're branching out.

To start the venture, Great Wall partnered with Litex, a Bulgarian company that works in sugar, fruit juice, real estate and tourism among other things. The company was founded by a Bulgarian wrestler who got very rich very fast in the 1990s and now wants to produce cars in his home town. Litex put up 90 percent of the money for the factory. The company wanted to produce cars in Bulgaria and they wanted to find cheaper cars to sell locally, since the Balkan market can only afford cheap cars.

Other Chinese companies have begun to move into the global car market, too. Geely bought Volvo in March for $ 1.8 billion. It was the first big global auto brand purchased by a Chinese company. The once bankrupt British car maker MG was also bought by a Chinese company and could restart production by the end of the year.

For Great Wall, the Bulgarian location for the car plant had a special economic benefit. The EU common market means that anything produced within its borders can be sold freely without quotas between all 27 EU member countries.

Experts believe that cheaply made cars may do well in the Balkans, but they'll have limited appeal in wealthier countries. David Sedgewick, an editor with Automotive News China, told PRI's The World: "In the short run, the Chinese automakers aren't going to pose any significant threat to European automakers in Western Europe or North America or Japan over the next 5 years. That's just not very likely. They are not ready for that yet."

The Bulgarian factory doesn't have nearly the sophistication that more established manufacturing plants have. But still it's a big step to produce cars in the EU -- the world's biggest market. Sedgewick told The World: