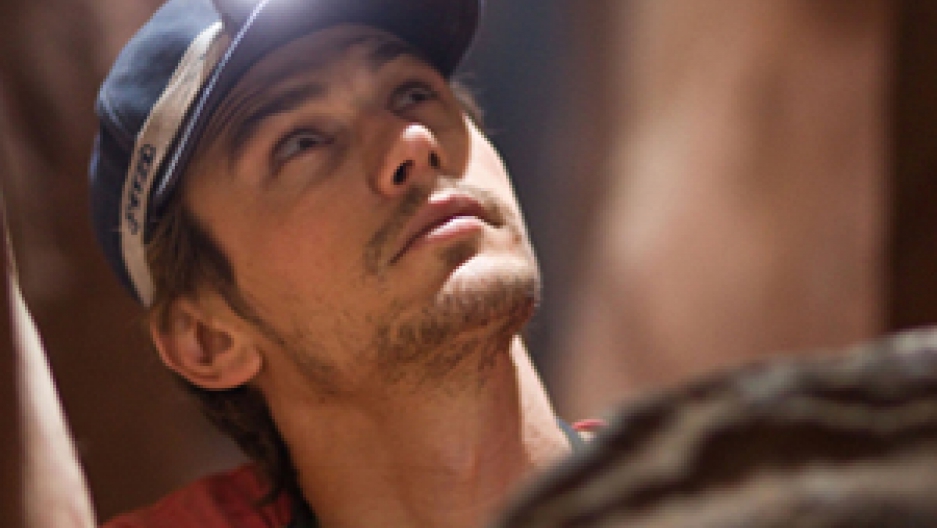 While hiking in 2003, a boulder weighing almost 1000 pounds crushed Aron Ralston's right arm. The rock confined him in a canyon for 5 days with one liter of water, two burritos, and the crumbs left in candy bar wrappers. Eventually, Ralston, who had no medical training, amputated his own arm with a blunt pocket knife. Academy award-winning director, Danny Boyle, retells this story in his new film, "127 Hours." Boyle sits down with Here and Now's Robin Young to explain his motivation for filming the story of one man's battle with a rock.

Boyle tells this story not for its horrific nature, but for Ralston's resilience. "As Aron himself says," Boyle recounts, "although he lost something there, he gained much more by this journey he was on. And he's a much more complete person now ironically, albeit without an arm." Though Boyle describes Ralston as "the ultimate hero," Boyle believes all people have Ralston's strength. "I think we could all do it. I mean, I think in the end, we would all do it."

James Franco takes on the challenge of portraying Ralston's heroism. It's a momentous task, because most of the film is a solo performance. Boyle explains that his confidence in Franco comes from his range of work, which includes "Milk," and "Pineapple Express," "Spiderman" and "City by the Sea." And Franco doesn't let him down: "He brought incredible intelligence to it and this physical commitment. He literally had no one to talk to. He was facing a rock the whole time. And we would film 20, 30 minute takes."

As a foundation for Franco's riveting performance, Boyle presents the American West from an international and novel perspective. Boyle uses quick editing and tight shots, and includes Ralston's own hard rock playlist in the score. The film also features music by A.R. Rahman, the Indian composer with whom Boyle collaborated on Slumdog Millionaire. Boyle explains the international emphasis: "One of the journeys that Aron goes on is that he has to open his eyes to places much further away than the wilderness, which is partly the cities that he apparently despises at the beginning, but then it's the rest of the world as well."