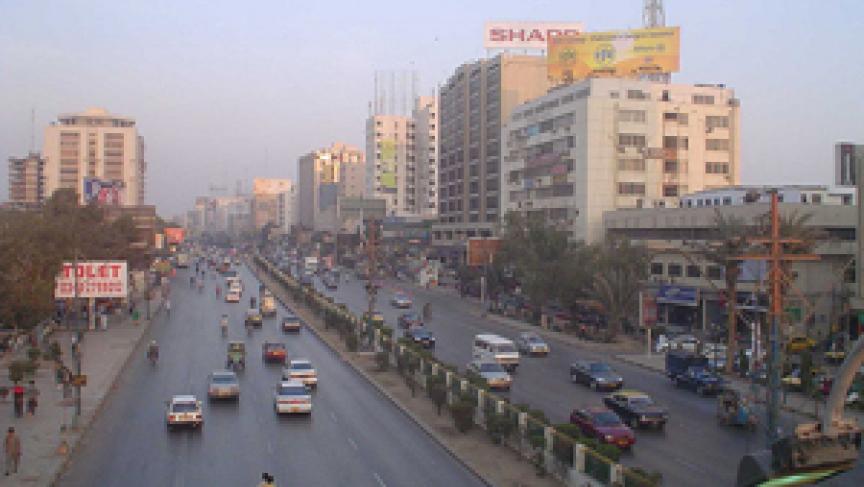 Over the last two decades, Pakistan's financial hub, Karachi, has become a hotbed for political, ethnic and criminal violence. In Lyari, a densely populated Karachi slum, gun fights between heavily armed gangs are not uncommon. The police say the criminal gangs are involved in everything from illegal drugs and arms trading to kidnapping for ransom and robberies. Lyari also suffers from decrepit roads and sewers, drug addiction is rampant, and the schools are rundown.

Amidst the overwhelming problems, help is being offered from an unexpected place: the criminal gangs themselves.

One such group is known as the 'People's Peace Committee (PPC),' a name that belies the group's ties to violent turf wars involving assault rifles and rocket-propelled grenades. The group may be trying to change that image and gain notoriety for running free health clinics and elementary schools.

This seeming contradiction is in part attributable to a man named Abdul Rehman Baloch, a (now deceased) leader of one of the most powerful gangs in Lyari. Before he died in a shootout with police last year, Baloch gained a reputation as being a kind of Robin Hood character, giving charity to struggling families, setting up medical dispensaries and sponsoring soccer tournaments.

The People's Peace Committee, which he helped found, today is more influential than ever. Police officials say that some of the money for these works comes from criminal activity, while the group denies any connection to illicit dealings.

The current leader of the PPC gave the keynote address at a recent rally in Lyari. The rhetoric sounded more like a populist politician than intimidating gangster. "If you want to prosper in Lyari in the future, then you absolutely must educate your children, no matter how you do it," Uzair Baloch, the current leader of the organization, declared. "If you can't pay for your children's school books, then our Peace Committee will take care of it."

One of Uzair's aides led reporter Fahad Desmukh on a tour of some of the committee's facilities. Since Uzair took over the organization's leadership, its welfare work has focused on improving the health and education facilities in Lyari. The services are provided for free, and would not be available without the backing of the PPC. Though most of the money for school renovations comes from the government, Uzair's aide says the funds were not released until the Peace Committee demanded it. He denies any implications that these accomplishments might be motivated by violence, instead likening Uzair to a "magician" in the way he gets things done.

Part of his magic surely involves the group's connection to national politics. The group insists it is a loyal wing of the Pakistan People's Party, or the PPP, which currently runs the country. Many observers say PPP actually created the Peace Committee.

According to journalist Imran Ayub, the Peace Committee was created "to clean up the criminal records of the gangsters," and that "they in fact created a platform for those who wanted to shift their loyalties from crime to politics."