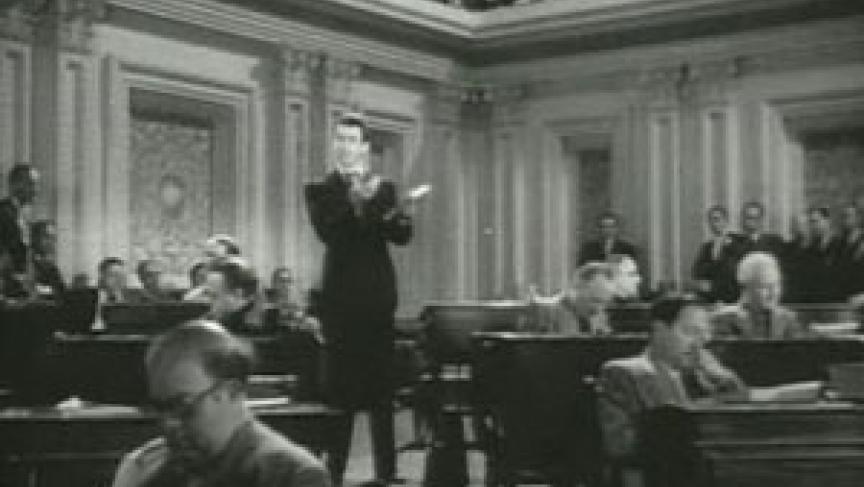 Image from the film "Mr Smith Goes to Washington."

After a barrage of negative political advertisements and vague, sometimes duplicitous promises, the Frank Capra film "Mr. Smith Goes to Washington" may be the perfect antidote. Boston Globe Critic Ty Burr told PRI's Here and Now, "'Mr. Smith Goes to Washington' is the movie that you should see if you want to buy or re-buy into all those noble wonderful ideals about our electoral process."

If, however, you're feeling more cynical, the lesser-known Capra film "State of the Union" may be a better film to watch. Burr describes it as "a movie about what you have to give up to if you want to become President." It's much less hopeful, but because it's still Capra, it still ends well.

In the segment above, Burr and host Robin Young discuss the films:

You can watch previews for a few of the films below: