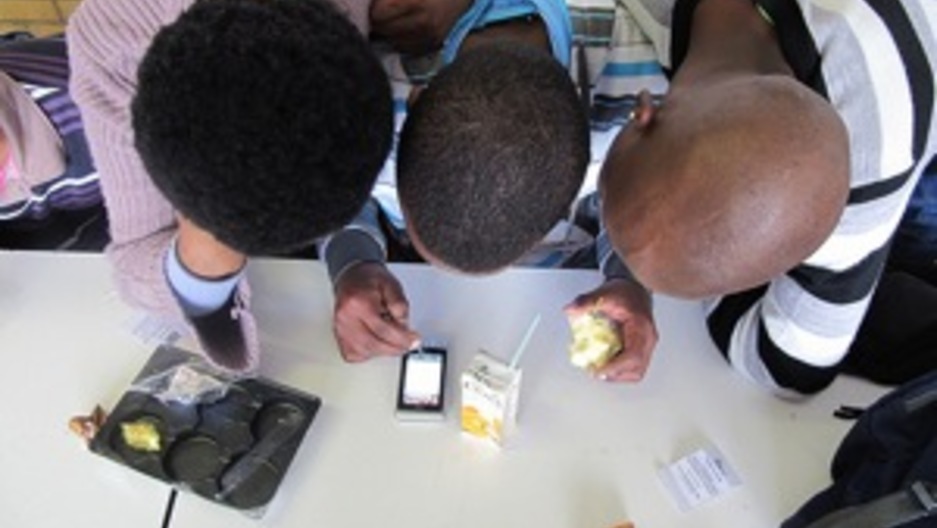 In many classrooms, cell phones are strictly forbidden. In some classrooms in South Africa, however, cell phones have become an integral part of learning. Students can read short stories, and even get help on their math homework, using a tool that many already have inside their pockets.

Students who attend COSAT -- a science and technology school in the township of Khayelitsha, just outside of Cape Town -- are participating in a literacy program called Mobile Phones for Literacy or m4Lit. Through the program students are able to download short stories to their phones, leave comments about the stories, answer questions and even, in some cases, write their own alternative endings.

The most popular story is one called Kontax, about a group of teenage graffiti artists. The story has been read 60,000 from start to finish and has racked up 30,000 comments. Steve Vosloo, the founder of the program and a fellow at the South Africa-based Shuttleworth Foundation, says that the program aims to "keep producing stories that are engaging for young people, that are honest about their lives, that are relevant for them and which they can read, but also interact with."

This approach to education has been effective due in part to the exceptionally large number of cell phones in South Africa. There is currently a 100 percent cell phone penetration rate, which means that there are more cell phones than people in the country. In rural areas, where there is limited access to physical copies of textbooks, an estimated 70 percent of students have access to cell phones.

There are still drawbacks to this type of learning. Some critics believe that reading an entire book on a mobile phone isn't a good way to teach students reading skills. Others have also complained that the diversity of cell phones types in existence make it difficult to have programs for everyone. Some teachers also worry that it will be difficult to track what the students are using their cell phones for during class: It's unclear when they start texting other classmates about gossip rather than math.

Many students, however, are already on board. Busisiwe Mashele, a senior at COSAT, says that her and her friends like reading stories on their phones. "Usually we don't read because we don't want to carry books, big books," she points out. "Teenagers like to use their cell phones."