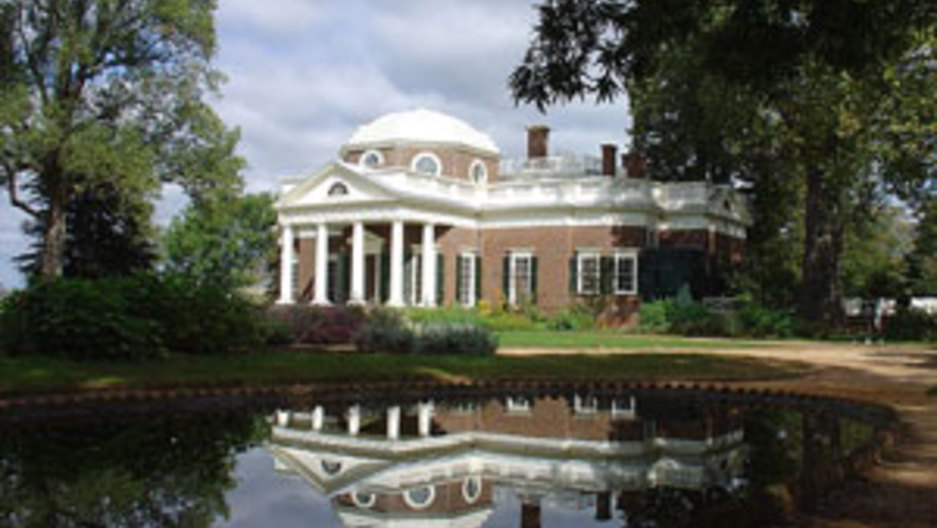 This story was originally reported by PRI's Studio 360. For more, listen to the audio.

"If you want to understand this country and its people and what it means to be optimistic and complex and tragic, and wrong and courageous, you need to go to Monticello," artist Maira Kalman told PRI's Studio 360. Monticello is the name given to Thomas Jefferson's home, on top of a hill near Charlottesville, Virginia. The home is a marvel of architecture and beauty, built by one of the founding fathers of the United States of America. But the home also holds a darker history.

Jefferson is known to many as a philosopher, astronomer, musician, architect and legislator. He is credited with writing the Declaration of Independence, including the words, "We hold these truths to be self evident that all men are created equal."

He is also notorious for owning slaves, and allegedly fathering children with one of his slaves, Sally Hemings. The legacy of that relationship continues in a tumultuous history of race relations and familial drama, which lasts to this day.

"For years, Thomas Jefferson's home has symbolized America's aspirations, and its original sins," Kurt Anderson says in the new documentary from Studio 360. Artists, historians and even comedian Steven Colbert have their say about Monticello. Maira Kalman says, "visiting places, visiting sites, is the strongest way to relate to history." And the new documentary takes listeners there.