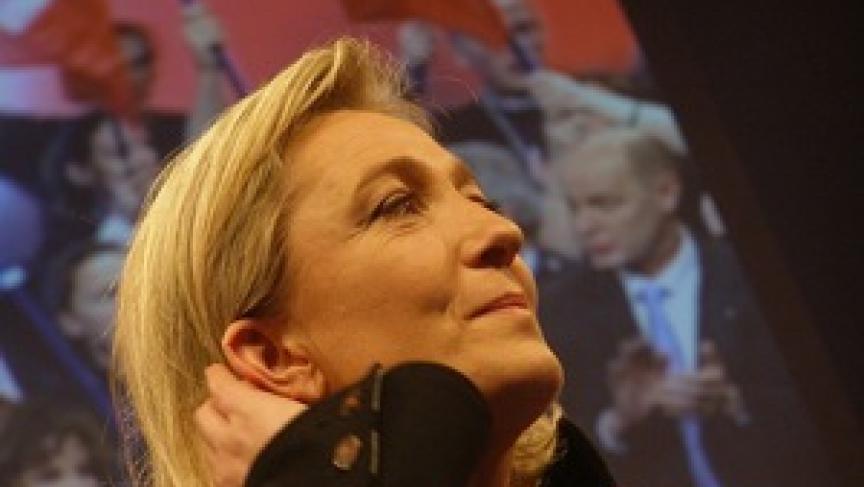 Earlier this week, more than a million people in France took part in a rally against changes to the French pension system. The protest was an example of a right-wing backlash in France, which is pushing political parties like the National Front to into the mainstream of French politics.

Jean-Marie Le Pen -- known for his anti-Europe, anti-globalization, and anti-immigration views -- founded the National Front Party nearly 40 years ago. His daughter, Marine Le Pen, leads the party now and has added a sense of moderation and modesty to it. She also moved it away from the stances that many deemed anti-Semitic. This has made the party more palatable to many in the country.

While Marine Le Pen is moving her party into the mainstream, French President Nicolas Sarkozy has moved more to the right to keep his conservative voting block in tact. Earlier this summer, Sarkozy announced tough new measures to rein in immigration. He also deported hundreds of Roma immigrants back to Eastern Europe. Many saw this increased focus on immigration from the President as an important step to ensure that the conservatives in the country don't start to abandon him for the National Front Party.

Pollster Brice Teinturier says that the economic crisis that has hit France is the reason that Le Pen's National Front Party is getting more attention than in the past. Teinturier says, "The working class has two big expectations: economic prosperity and security and the question of immigration. The economic crisis, and Nicolas Sarkozy's policies, have prevented him from meeting their expectations for economic prosperity. Working class voters feel abandoned and betrayed. And the only leverage he has left is on questions of security."

Teinturier says that by moving to his political right, Sarkozy faces the threat of losing his more traditional and moderate base of voters, which could hurt him in the long run when he runs for reelection in 2012. Le Pen hopes to exploit this political weakness and thinks that she can eliminate Sarkozy before the second round of voting in the country, especially because she could attract the women's vote away from Sarkozy. And that's a threat that Sarkozy seems to be taking very seriously.