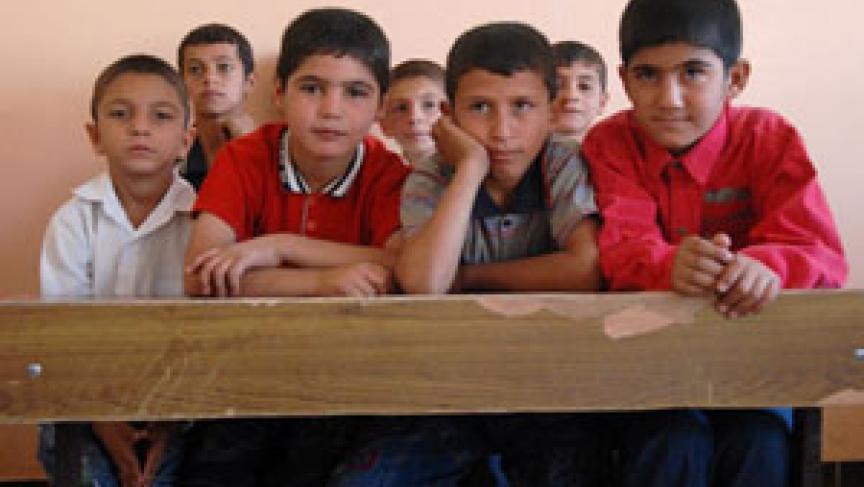 For some Iraqis, personal connections and money are more important that tests and class attendance for school. The University of Baghdad regularly receives fake degrees, many of which are purchased on the black market, in applications to the school. At the Technical College in Baghdad, information technology professor Muhammed Arif told PRI's The World:

People at my university issue degrees for money or pressure from personal contacts. Some students who are not qualified are allowed to join the university or can buy references.

One of Arif's students was able to pass three levels of computer science classes without attending class. Arif gave the student failing grades, but the student kept showing up on the rosters for higher level courses.

Arif worries that it's only a matter or time before other institutions find out what's going on in Baghdad's universities and call his own degrees -- from Baghdad Technical College -- into question.

Students currently studying are also disheartened by the corruption. "Students who pay money become just like the students who are smart and study hard to pass," Mena Talal, a 21-year-old engineering student at Baghdad's al-Mansour College, told The World. "It's disappointing to the students who really work hard and it makes others think that you don't need to work hard. All you need to do is pay money."

Fake degrees may not seem like a serious crime, but ex-parliamentarian and leading Iraqi political figure Hana Edwar believes they point to a long-term problem for the country. She now runs an NGO, the Al-Amal association that works with Iraqi youth. When Iraq's universities graduate students who have not earned their degrees, they're creating a workforce founded on fraud that has the potential to slow all sectors of Iraqi development. Edwar told The World:

[Corruption] is really the most dangerous risk for the Iraqi development. If we don't face it and if we don't try to eliminate this or to contain this, I think for the future it will be very, very difficult to contain this.