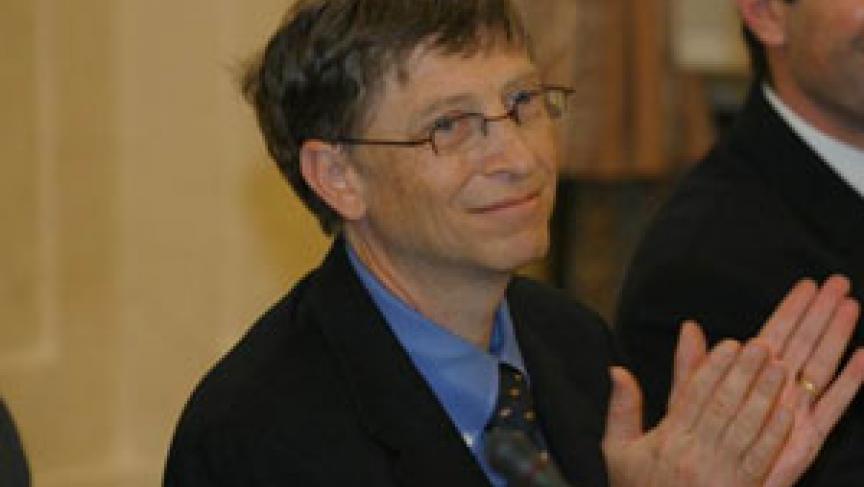 Before Mao brought communism to China, the country had a long history of philanthropy. But for much of the 20th century, Chinese people were forced to deal with famines, poverty and a government that discouraged philanthropic efforts. Now that the country is quickly becoming an economic superpower with more than 850,000 millionaires, Bill Gates and Warren Buffet are trying to convince some of those millionaires to rediscover their charitable roots.

The billionaires hosted a lavish dinner in a French-style chateau on the outskirts of Beijing, the BBC's Michael Bristow reports for PRI's The World. No reporters were invited to attend, and no guest list was released. Bill Gates did, however, hold a press conference after the event, in which he said:

In terms of the rich people here in China, the thing that's unusual is 30 years ago there really weren't people of great wealth. And so what you have is first generation fortunes. It's natural with their thinking through in this society in general. What do you do in terms of giving it away, creating a foundation? What you'd do with your children? You definitely want to support them, but how much is too much.

Chinese people have always been charitable, according to Bristow. He told The World, "I was at the Sichuan earthquake two years ago where people spontaneously, just ordinary individuals, got in their cars, they stuffed them with food and bedding and tents, that kind of thing. And they drove to disaster areas in order to hand these things out."

Gates and Buffet are trying to create more of a formal framework for the country's newly rich. And the effort seems to have worked, at least on Chen Guangbiao, who was already a major Chinese philanthropist before the event. Chen announced that he's decided to donate all his money, some $440 million, to charity when he dies.