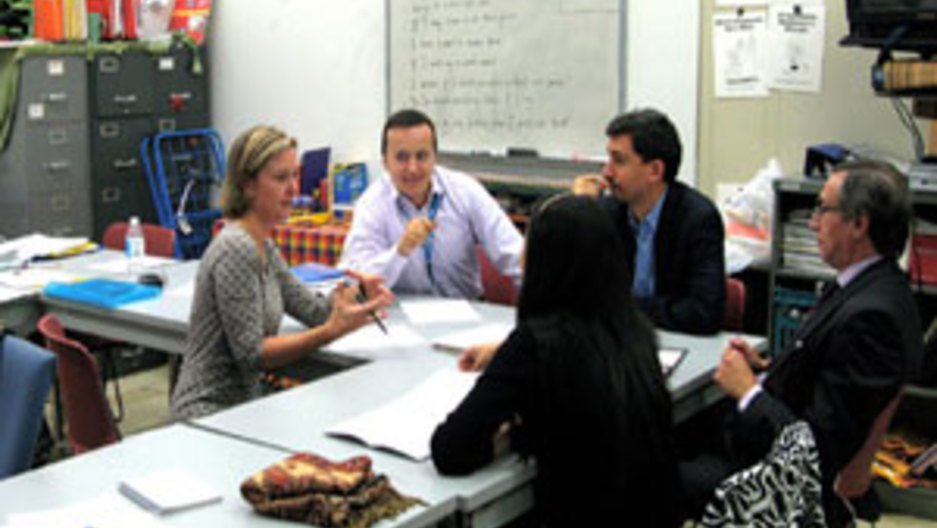 This article was originally covered by PRI's The World. For more, listen to the audio above.

To help stop unnecessary diplomatic crises before they happen, the United Nations runs a behind-the-scenes language program for some 10,000 people every year. The classes are given in all six official UN languages -- Chinese, Russian, Arabic, Spanish, French and English -- and are available to UN staffers and diplomats free of charge.

UN staffers arrive in New York with a wide range of language abilities. "There is no exam required before they take the job to prove that they're proficient," says Jodi Noyan, who runs some of the programs at the UN. "It's really self reported." Though, as she points out, it would be difficult to get through a job interview in a second language if a person lied on the application.

One of the lessons offered by Noyan in a class called "discourse strategies" is how to interrupt people gracefully. They teach phrases including, "if I may come at this point," and "if I may jump in here." For Ying Jai, a Chinese staffer at the UN, such interruptions don't come naturally. She says:

When we have meetings in China, mostly we listen to the speakers until the speakers say, "now is the time to bring up questions." But at the UN, mostly, people can interrupt. They can jump in to bring up ideas, which normally is not the way in China.

The classes teach four differing levels of politeness, ranging from extremely wordy to extremely direct. "In many of the cultures, it's so much more polite to weave a merry web before you come to the point," Noyan says. "Whereas American culture, of course, is much more direct. And UN culture is maybe somewhere in between."

The UN culture is, in some ways, valued higher than all 192 others. Javier Fanon, who runs all the language programs at the UN says:

We need, explicitly in some cases, to remind, "well, excuse me," this is how in context "we don't use these expressions, or we don't talk about things in this way," because we need to show respect to all the members of this community.

One of the exercises taught in the classes is called "political nightmare." It's a role-playing game, where some students play diplomats and others play journalists trying to catch the diplomats in a gaffe. The students are taught evasive phrases, including "That's a very difficult question to answer" and "I'm afraid I don't have that information at my fingertips."

The classes are intended to teach people the nuances that may come naturally in their native languages, but could be difficult to understand in a second language. "To clarify the obscure, basically," according to Raymond Burke, who has taught English at the UN for 20 years. But sometimes, Manuel Silva Pereira told The World, "You have to understand, not only what you say, but also what you don't say."