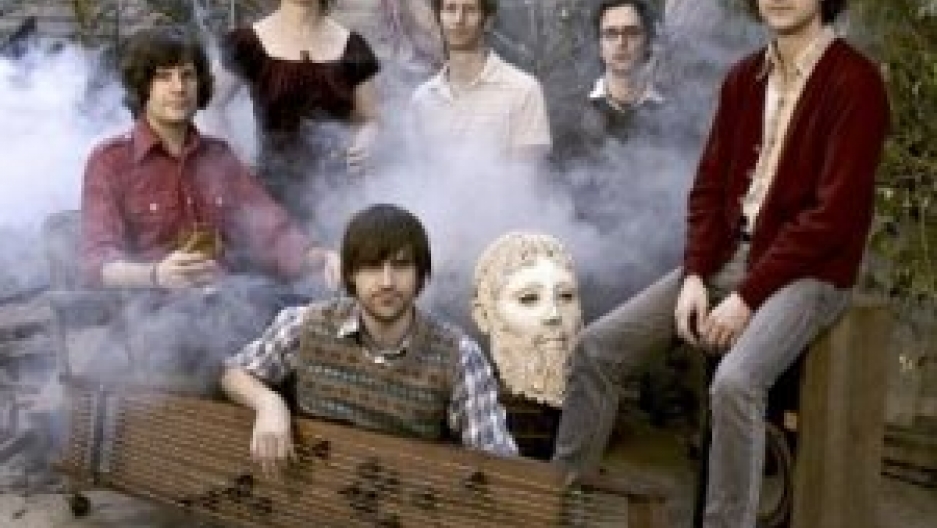 In 1966, when Britain'sThe Troggshit it big with their classic tune 'Wild Thing,' the members ofthe Austin-based garage rock bandThe Strange Boyshad yet to be born. Thanks to the lasting power of records and a strong Texas scene, the group is now poised to inherit garage rock's musical legacy.

Lead vocalist Ryan Sambol and drummer Matt Hammer were only in 8th grade in 2001 when they started as a punk duo. That year, music by bands like The Strokes and The Hives was being consumed in mass quantities, helping to usher garage rock back into the mainstream -- soon the group incorporated the trademark fuzzy guitar sound into their music. In 2008, The Strange Boys released their first full-length album, just in time for Sambol's 21st birthday. The band has since played alongside respected Texas rock n roll acts Daniel Johnston and Roky Erickson.

I had the great fortune of watching the Boys kick off a month-long tour for their new album Be Brave at The Saturn Bar in New Orleans. These days, their sound is a gritty combination of roots music, 1960's R & B, and dirty southern soul -- a sharp contrast to the precious baby-faced innocence the group evokes on stage. Sambol's early-Dylan drawl is instantly recognizable and their twangy-guitar and up-beat tempo in songs like 'Woe is You & Me' and 'I See' are reminiscent of The Velvet Underground. For Be Brave the band has added a saxophone to the mix, played by Jenna Thonhill-Dewitt, former member of the Californian punk band Mika Miko. Midway through the group's languid title track, Thonhill-Dewitt broke out into a warbling saxophone solo and proved their music is developing in a surprising and unique direction. Even as Sambol's Fender string snapped halfway through the show, the group played on, referencing everything from free-jazz, to soul to good old fashioned rock n roll.

The Strange Boys are inching their way northward after a line of performances in the South. Check them out tonight in Ithaca, NY before they make their way to Montreal and continue on through the Midwest. Their full schedule is here.