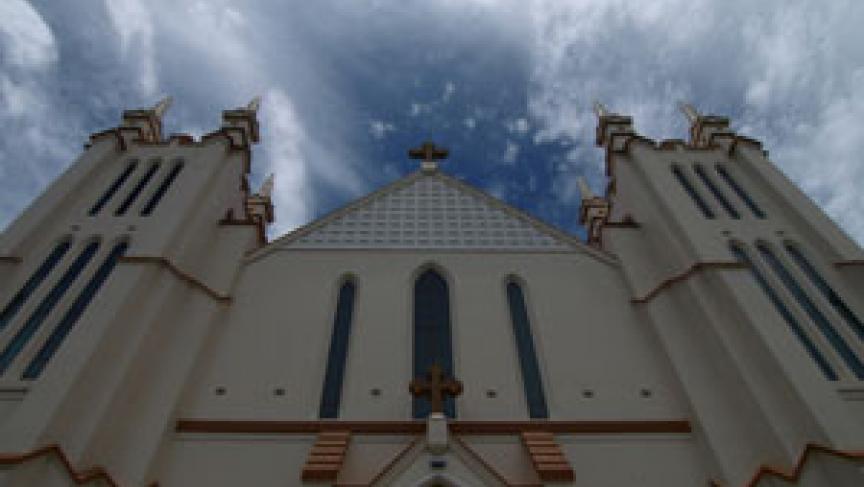 This story was originally reported by PRI's THe World. For more, listen to the audio above.

No more Highway to Hell by AC/DC at Australian, Catholic weddings. No more What a Wonderful World by Louis Armstrong and Ding Dong the Witch is Dead from The Wizard of Oz. Senior clergymen with the Catholic Church in southern Australia have banned the use of romantic ballads, pop music, rock music and raucous football anthems during funerals. The BBC's Phil Mercer told PRI's The World that the idea is to "keep the funeral mass a sacred rite rather than a secular celebration of an individual's life."

Not everyone is happy with the new guidelines. At least one clergyman has called the guidelines insensitive, according to Mercer. That clergyman, Father Bob Maguire, believes that grieving families often want a funeral to reflect the life and legacy of a relative or friend who's passed away rather than simply a sanitized impersonal ritual.

If a person was a huge fan of Australian rules football, for example, and their team has a distinctive traditional club song, some believe it would be entirely appropriate to play that song at his or her funeral. According to Mercer, that song could "really bring home the sort of passions that drove that person during their life."

The Catholic Church in southern Australia, however, disagrees. And unless clergy wants to invite the ire of the Archbishop in Melbourne, funerals will be showcasing a lot more Ave Maria and a lot less Louis Armstrong.