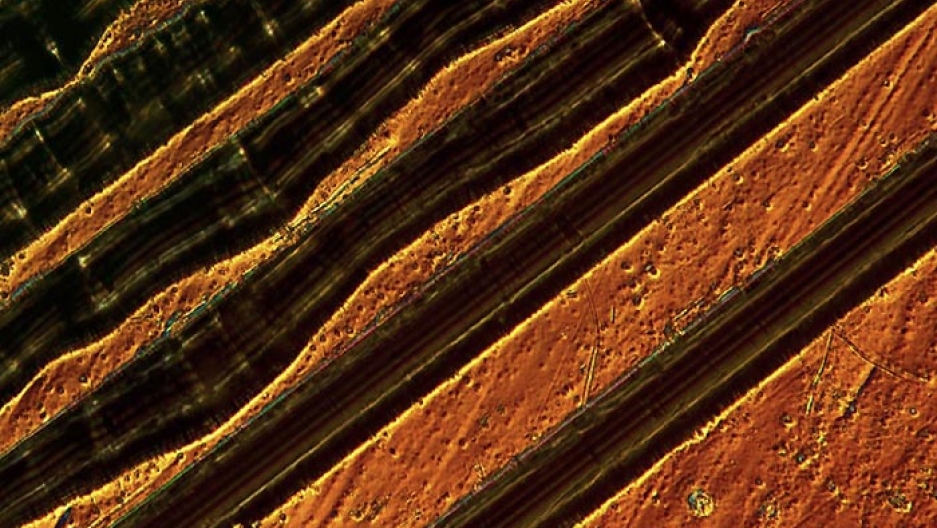 Ready for an extreme close-up?

Felice C. Frankel has spent 20 years photographing objects outside the range of conventional microscopes -- bits of matter 1/100,000th the size of a baby's eyelashes. Nanoscience is one of the frontiers of technology, and with her book No Small Matter (co-written by Harvard chemist George Whitesides), Frankel hopes to inspire exploration and understanding of the nanoscale.

Studio 360's Sarah Lilley produced a short piece about Frankel and her work for last weekend's show -- but she realized that some of this stuff had to be seen to be believed.