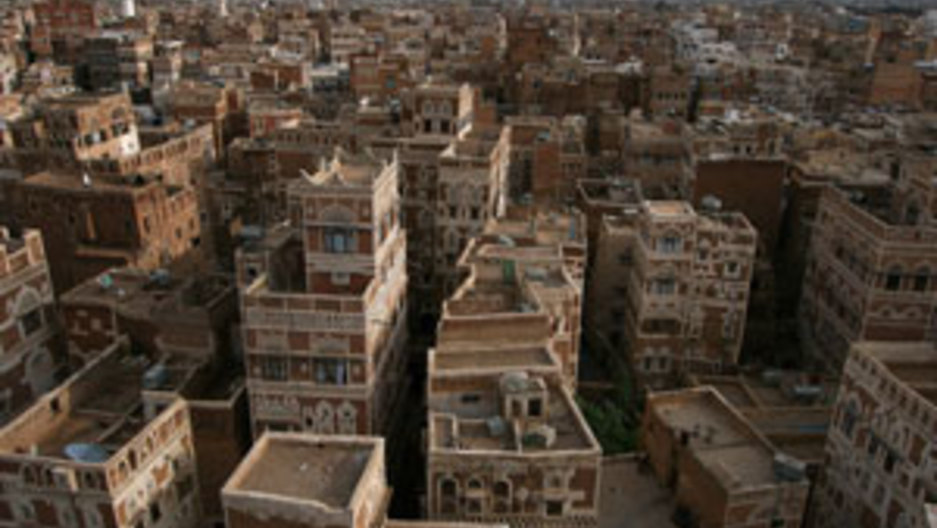 This story was originally reported by America Abroad. For more, listen to the audio above.

Options are limited for people in the Yemen today, and the country is brewing with anger. When America Abroad reporter Sean Carberry visited the port city of Aden and stopped to talk to a group of men, he said that a group of nearly 40 people were" practically climbing over each other to get close to the microphone to voice their discontent."

Most of those men had no work and no prospects for work. The country has 30 to 40 percent unemployment. "Their situation is very bad," a translator reported. "They're not happy about it."

The situation is also expected to get worse. The UN estimates that the current population of 23 million could triple in the next 40 years, raising fears of instability and radicalism among the young men.

"These are the individuals that are being specifically targeted by Al Qaeda," according to Gregory Johnsen, Ph.D. candidate in Near Eastern Studies at Princeton University. They've been "disenfranchised in some way from the system, and they feel the system no longer provides for them any sort of coherent and convincing narrative about what life is supposed to be like. In the absence of that, it's very very easy for Al Qaeda and recruiters of Al Qaeda that they have really a field day."

Some emphasize education as a way out of the situation, but according to Johnsen, higher education "in no way guarantees anybody gainful employment."

In fact, many of the educated have become targets for Al Qaeda. "Unfortunately these graduates can't get jobs here," Mohammed Qubaydi, Professor at Sana’a University and head of the foreign affairs department of Yemen’s ruling political party told America Abroad, "neither with the government, nor with the private sector."

Qubaydi points to the low quality of the Yemeni educational system as a problem facing the country. Many in Yemin "think themselves as doctors, accountants, teachers and so forth, and they can't get work," Qubaydi says. "This is, I think, the real pull for terrorism."

With the abysmal employment situation in Yemen, some are looking to neighboring countries like Saudi Arabia to pick up the slack. Increasing exports and allowing more workers into other countries "is probably the single most important step that could be taken to reduce extremism and to help stabilize Yemen," according to Johnsen. "It's also the step that's least likely to happen."

Meaning that unfortunately, for now, Yemen may be on its own.