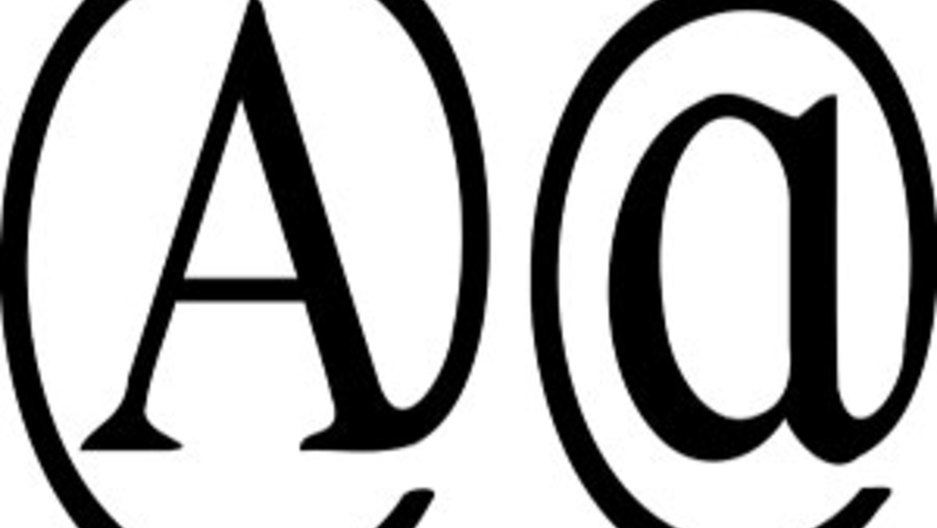 Much of modern communication takes place through the grace of the @ symbol. Email addresses, Twitter accounts (@pri), computer programming and shorthand are all facilitated by the @ symbol. "Today," Paola Antonelli, design curator at the Museum of Modern Art told PRI's Studio 360, "the @ symbol is an intrinsic part of our identity."

The symbol has an ability to reach across cultures. The French and Italians call it the "snail," according to the New York Times. The Norwegians equate it with a pig's tail, and the Germans with a monkey's tail. Half way between the masculine "o" and the feminine "a," the @ sign denotes a kind of "indefinite sexuality" in Spanish, Antonelli says. As an Italian, Antonelli likens the symbol to ravioli or tortellini, allegedly inspired by the belly button of the goddess Venus.

The origins of the @ symbol go back to the middle ages, when monks used to use it while writing by hand. They fused the two letters in the Latin preposition "ad," meaning "toward" or "in relation to" into a ligature. The symbol continued to be used in trade and accounting, including in 17th century Venetian trade treaties.

A defining moment in the modern history of the @ symbol came when an electrical engineer named Raymond Tomlinson redefined the character for use in computer programming. In 1971, Tomlinson was working for a technology company that was developing an electronic communication system for the US government. He was searching for a quick way to connect a person's name to a computer. He stared at the model 55 Teletype keyboard, and noticed the under-used symbol.

Tomlinson used the @ symbol in what became the first email system. Since then, the @ has found new life in the computer age. The MoMa took the large step of officially admitting to its architecture and design collection. The gesture is considered a high honor in the art and design world. Antonelli explained:

With this beautiful gesture of using a key that already existed, without any need to redo the keyboards, [Tomlinson] brought to new life a really really ancient symbol. And I cannot think of any better way to describe how design should be today than that.