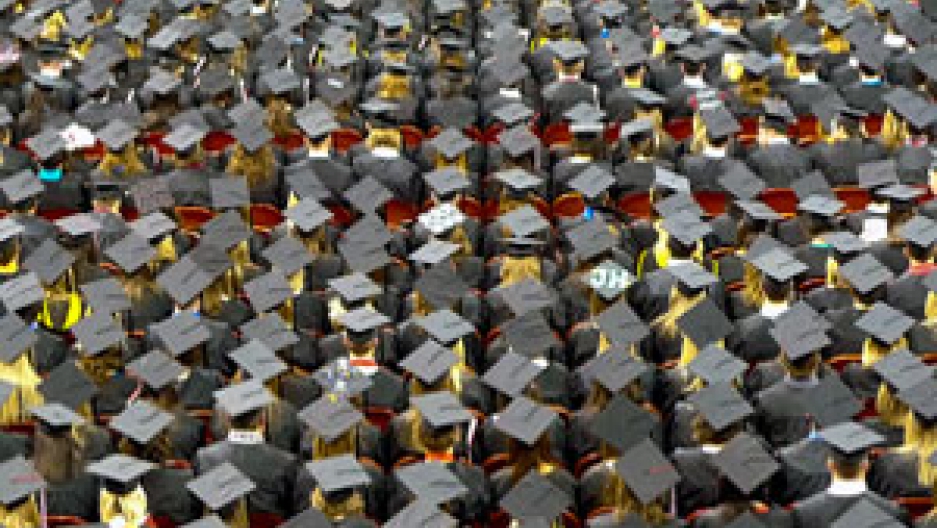 The recession is hitting Ph.D. students hard. After years of hard work with paltry pay, many students are finding out that the academic jobs of their dreams don't exist. There simply aren't enough tenure-track jobs out there to support all the Ph.D. students, according to Monica J. Harris, a professor of psychology at the University of Kentucky. So Harris has decided to stop admitting Ph.D. students.

"I'm no longer willing to pin my students' prospects for their futures on an ephemeral job market that shines in the distance like a mirage," Harris wrote for Inside Higher Ed. She believes that educational institutions need to radically rethink how higher education is structured, including admitting fewer Ph.D. students. And Harris is doing her part. She told The Takeaway:

I really think that the job market today is much like a Ponzi scheme on the verge of collapse. There's an oversupply of students, and every year the departments are churning out more and more graduate students for fewer and fewer academic jobs. And at some point growth like that just isn't sustainable.

Harris emphasizes that it's nothing sinister, and nothing orchestrated by one person. She wrote, "Churning out Ph.D.s is one of the major metrics of departmental 'success.' Departments need graduate students to teach their classes, and faculty members need them to run their labs." They keep accepting Ph.D. students to look impressive, and they rely on them as a convenient and cheap source of labor.

The students, then, get exploited. "I don't think they quite understand just how bad the job market is," Harris told The Takeaway. "And I'm not sure it's fair to take them in for all that work and low pay if there's not going to be a job they want at the end of it."