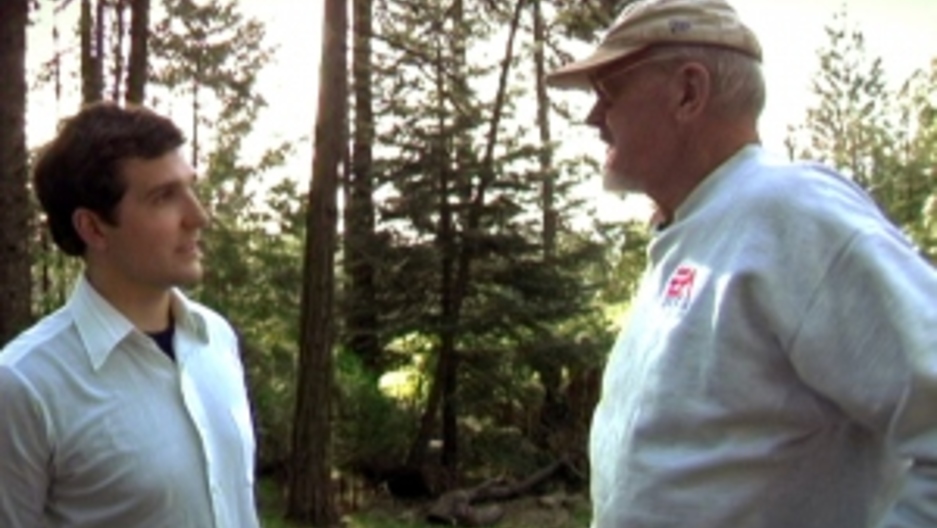 TheWinnebago Man videois the granddaddy of all viral. Foul-mouthed, vitriolic outtakes from a real promotional shoot starring an RV salesman named Jack Rebney, it circulated underground on VHS tapes in the 1990s, before YouTube turned "the angriest man in the world" into a phenomenon. Spike Jonze is rumored to have sent out copies of the video as Christmas gifts; Conan O'Brien named it as one of his all-time favorites; and Larry David cited Rebney as inspiration forCurb Your Enthusiam.

Documentary director Ben Steinbauer found Rebney not just hilarious but sympathetic and relatable. (One wonders what Steinbauer's outtakes might look like.) He found Rebney living alone in the woods, unwilling to talk about how he got there, and unaware of his fame among the millions.

What good American doesn't want to get famous for doing nothing much? But who wants to be remembered for such a low, low moment? In Winnebago Man, Rebney struggles to choose between privacy and celebrity; now he has embraced the role of anti-star for the digital age, and is making the talk show rounds. The film is a surprisingly moving exploration of one man's 15 minutes; it's in select theaters this summer.