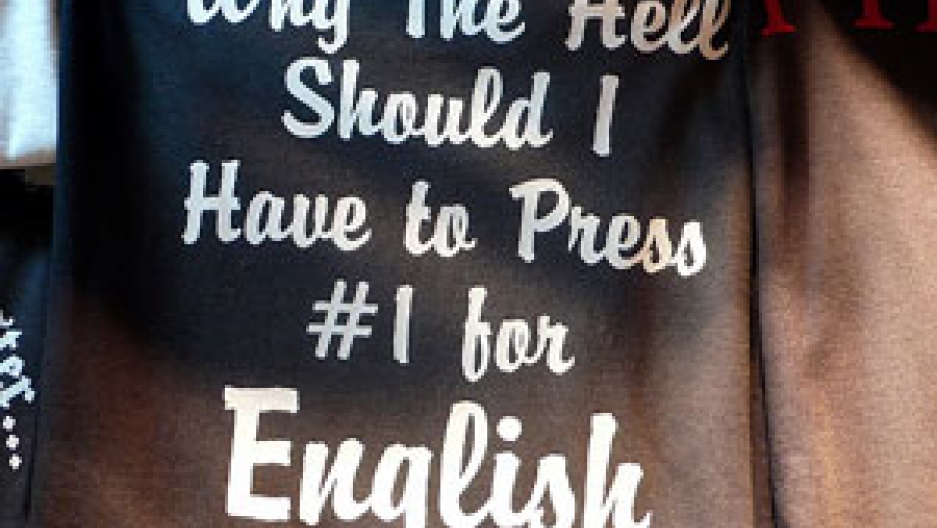 Two Filipino nurses in Baltimore were recently fired for speaking their native language Tagalog on the job. Their lawyer, Arnedo Valera, told PRI's The Takeaway that the women were speaking in the break room, no patients were at risk, and no patients were even present. The Bon Secours hospital where the nurses works responded in a written statement saying:

Bon Secours' English language policy, like that of so many other health care providers, is in place to ensure clear, effective communications among caregivers while performing their job responsibilities, in order to protect patients and minimize safety risks.

The nurses are suing the hospital, claiming that the rules violate the Civil Rights Act of 1964. In Tennessee, however, activists and employees aren't the only ones attacking English-only rules. Big businesses have gotten in the fight, too.

Tennessee recently became the first state to pass a law that allows businesses to require their employees to speak English at work, over the objections of many of the state's largest businesses.

"The four biggest chambers of commerce in the state have pretty consistently spoken out against any sort of English-only laws," Brandon Gee, a staff writer for the Nashville Business Journal, told the Takeaway. "They think they're unfriendly and undermine their efforts to recruit multinational firms to their state."

Proponents of the Tennessee law say that it mirrors existing rules that allow businesses to require English for safety purposes or for business necessities. They say the law simply protects businesses from frivolous lawsuits.

In reality, according to Gee, "they actually passed a law that is much more vague." Businesses may soon implement rules that seem acceptable under state laws, but could run afoul of federal civil rights statutes. Opponents also worry that lawsuits like the one in Baltimore could soon be filed in Tennessee, because, Gee points out, "provisions were taken out used to say can't do this in the break room or on the lunch break."

The two Filipino nurses aren't trying to stop all English-only laws, according to their lawyer. They're contesting laws that are too vague and create too much of a burden for employees. Valera believes that prohibiting any language other than English, even on lunch breaks "is not only against cultural diversity... it is actually not a business necessity" either.