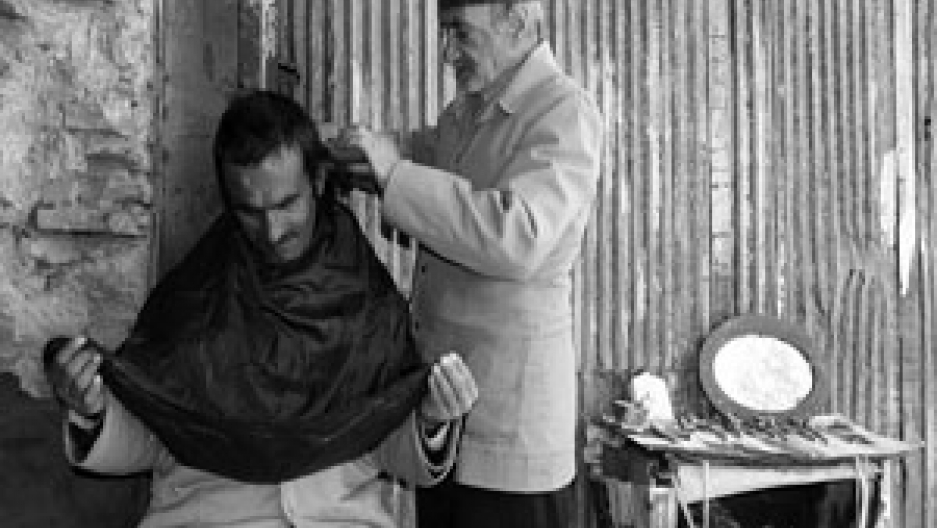 The Islamic Republic of Iran recently released a list of hairstyles that are approved for people in the country. The mullet is banned, as are ponytails and other "decadent Western cuts." Those who defy the orders risk harassment and possible arrest. The BBC's Behzad Bolour told PRI's The World, that the police may "stop you, they take you, and I've seen some videos of inside the police station, they cut your hair and they treat you a bit rough."

The government may try to justify the laws under Islam, but they're inherently political, according to Bolour. He told The World, "in Islam, for instance, non-Muslim woman don't have to wear hair scarves, but in Iran they have to wear it. So it's more a political thing."

It's not just a political thing, it's a political distraction, Azadeh Moaveni, author of Lipstick Jihad: A Memoir of Growing Up Iranian in America And American in Iran, told PRI's The Takeaway. The crackdown on haircuts may seem funny, but it serves as a reminder to the Iranian people to keep looking over their shoulders and remember who's in charge. It cultivates a climate of fear in the people of Iran. According to Moaveni:

If you're worried about whether you're going to be arrested for how you look when you're going outside, you're even more inhibited from even thinking about expressing any kind of political dissent.

The government is using the haircuts as a way to distract people from more serious problems, including inflation, nuclear issues and international sanctions. These morality laws, according to Moaveni, are "something that the State revives when it's expedient for it."

In fact, young people are quite accustomed to their appearances being scrutinized, Moaveni points out. Bolour says that many Iranians "live double lives," where they dress modestly during the day, then spike their hair up at night when they go to party.

That sentiment is echoed in a beautiful article from the Virginia Quarterly Review about love and flirting in the Islamic Republic. The author's lover put the issue in stark terms:

Haven't you worked it out yet? This is Iran. Everyone here is acting in a film. Everything is changing, particularly for women who are no longer fitting their traditional roles but society hasn't caught up, so they just do what they want and pretend they are doing something else all the while to make it palatable. They even lie to themselves. No one can deal with the grim reality, and they prefer the film anyway. There are seventy million people in this country, and they are all giving Oscar winning performances.

The problem is that morality laws can distract from the political issues that truly matter. "The international community is lining up against Iran," Moaveni points out, and "international sanctions are hurting the Iranian economy." Yet people are focused on Iranian haircuts. According to Moaveni, it's an "unfortunate mix of using all of the wrong tools to actually implement foreign policy and to cover up economic policies that aren't working on the ground.