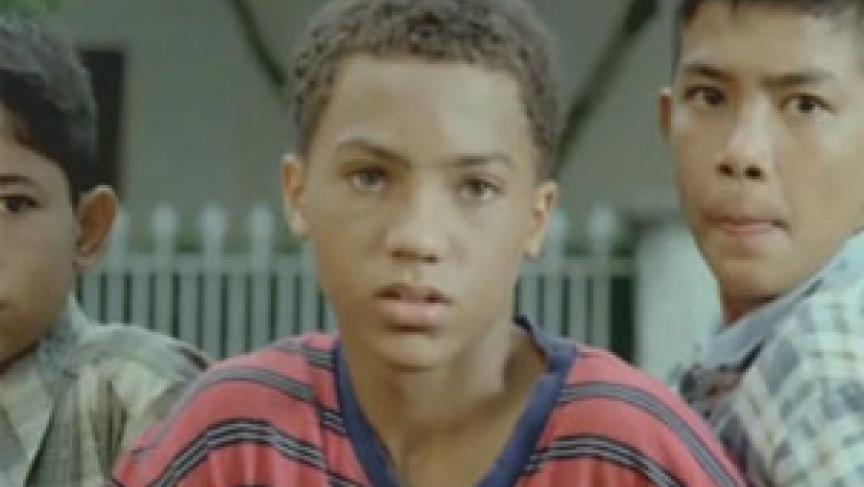 This story was originally covered by PRI's The Takeaway.

"His story is not a mystery," reads the trailer to Damien Dematra's new film "Obama Anak Menteng," which depicts Barack Obama's upbringing in the Menteng neighborhood of Jakarta. "It's about a boy, about his friendship and his spirit."

It's also "not going to win any awards," Karishma Vaswani told PRI's The Takeaway, "and I think the producer himself will happily admit that." Dematra is known for making television soap operas and more popular films, and this film is meant as family entertainment.

The film is "around 60 percent facts and 40 percent fiction," Dematra told Time Magazine. It started as a novel by Demarta, which was based on research and 30 interviews.

The young Obama may not have had an Indonesian girlfriend in real life, but it makes for a nice scene, according to Vaswani. There are also "lovely scenes of little Barry giving a rousing speech to his friends in the neighborhood about how they must going up against these bullies down the street who are making life miserable for them," Vaswani reports.

There was one controversy that erupted around the film. Originally the script called for a scene where Obama would pray to Mecca, but that was dropped from the final cut. "People want to take the scene out of context and want to use it as evidence that he's a Muslim," Demarta told Time. "That's just not fair."

The message behind the film is that Indonesia played a formative role in President Obama's real life. Demarta told Time, "He learned that religion is alright and that it's fine to be different. A lot of people now consider him an icon of pluralism. Thank Indonesia for that."