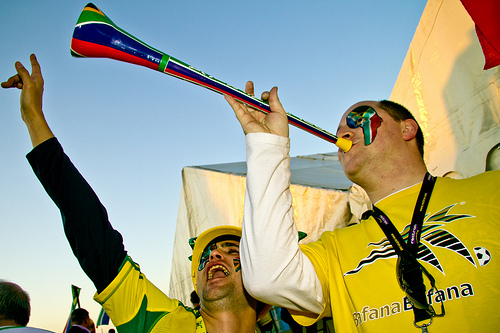 The 2010 World Cup is in full swing. And while the eyes of the world are trained on South Africa, not everyone in the host nation is sold on the event.

On this week's show, South African novelist Marlene van Niekerk was in to discuss her newnovel Agaat. But she and Kurt also got to talking about the Cup and she said, unlike many South Africans, she's not convinced it's benefiting the country.

You can hear more of Kurt's conversation with van Niekerkhere.