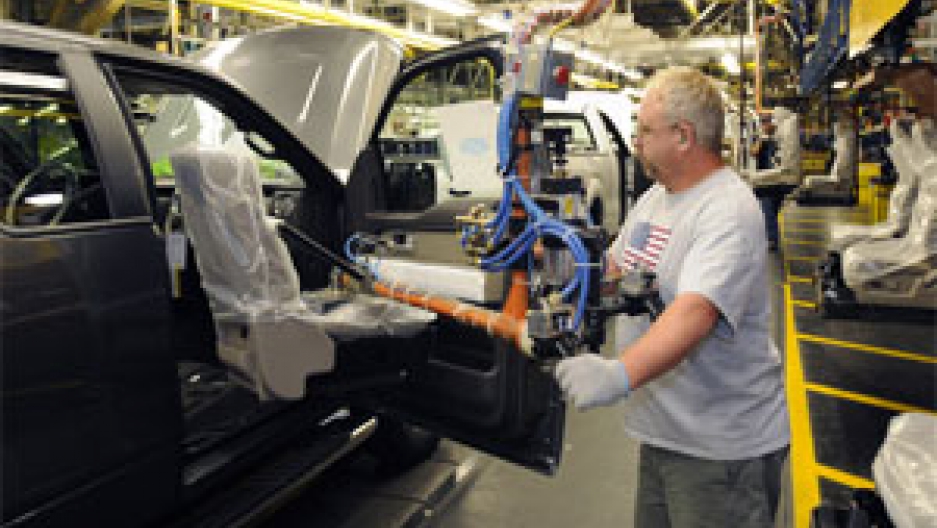 For 75 years, the United Auto Workers has been fighting for paid holidays, pensions, and cost of living increases. But today, membership is at its lowest since World War II. The union is now meeting to decide its future president, while many are questioning the future of the UAW as an organization.

"Small doesn't necessarily mean weaker," Gary Chaison, a professor of labor relations at Clark University in Worcester, Massachusetts told PRI's The Takeaway. "I think the problem with the UAW is that once having been big, it's difficult to then become small." Members still expect the same kinds of benefits and services that the union once provided, even though it's not as powerful as it once was.

One of the ways that the union is trying to stay strong is by reaching out to other industries. About 25 percent of the membership is no longer hooked to auto-working, according to Will Marcum, a GM autoworker and a member of the UAW. Health care workers, casino employees and child-care workers have all joined the ranks of the UAW. Chaison says, "I think that the UAW understands that it's only through diversification that it's going to survive. It's tied in right now to a declining industry."

That diversity could bring power, but it could also create tension inside the union. Officials are trying to figure out whether to use their budgets to find new members, or whether to provide services to their current members. Chaison told The Takeaway:

If you ask your typical UAW member, 'do you your want union to expand into new jurisdictions,' they would probably say, 'no, just help me. That's what I elected you for. That's what you're here for.' So the UAW's problem is how to look forward, and at the same time, how to look into the present.

Still, many UAW members are optimistic. Marcum acknowledges that the recent history has been some of the toughest years in the union's history. But "generally,"Marcum says, "compared to what we've faced, I think we came out of it pretty well."