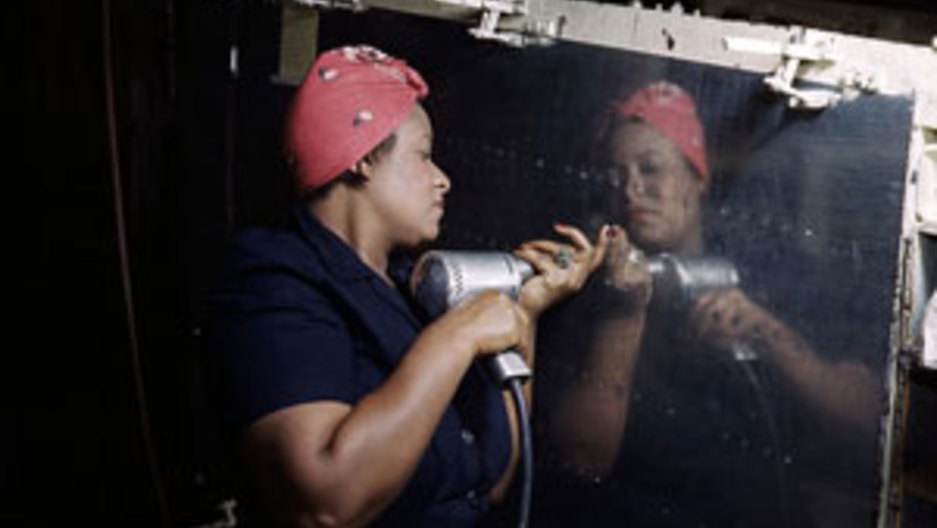 This article was originally covered by PRI's "The Takeaway." For more, listen to the audio above.

Nearly 70 years after Rosie the Riveter first exclaimed "We can do it," the American workforce is still highly segregated by gender. An estimated two-thirds of working women are concentrated in just 5 percent of occupational categories. And those women-dominated jobs, such as nursing and child-care, don't usually pay as much as much male-dominated professions.

A mix of tradition and discrimination keep women away from higher paying, male-dominated jobs, Beth Kobliner told PRI's "The Takeaway." There are, however, some signs that the situation is beginning to change.

Rochelle James, a female union electrician in New York, tried to work in some traditionally female jobs. She told "The Takeaway:"

With the help of organizations like Nontraditional Employment for Women, a New York-based nonprofit, James was able find training and a job as an electrician. She went from having zero income to earning $46 per hour in 6 years.

She cautions that the change wasn't always easy. "There's always obstacles, and always a bit of sexism," she said, adding, "It's a lot less than maybe what's happened in the past.

James is not alone in her success. According to the Pew Research Center:

Women's earnings grew 44% from 1970 to 2007, compared with 6% growth for men. That sharper growth has enabled women to narrow, but not close, the earnings gap with men. Median earnings of full-year female workers in 2007 were 71% of earnings of comparable men, compared with 52% in 1970.

For women who want to make the move into more male-dominated industries, "The Takeaway's" Beth Koblinder provides some advice and resources to help.