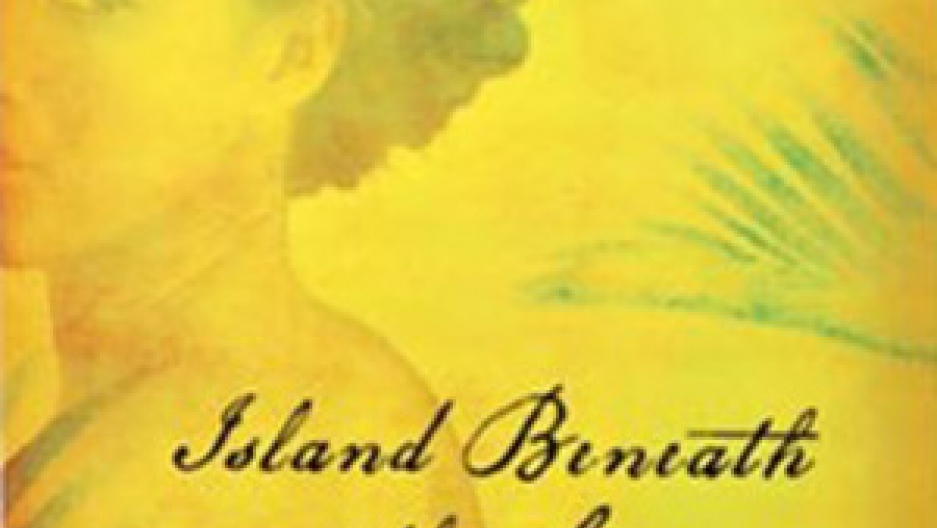 This story originally aired on Bob Edwards Weekend. For more, listen to the audio above.

For Chilean author Isabel Allende, the past is captivating. Her works of historical fiction are well regarded, often relating momentous events through the eyes of strong female characters. In her latest novel, "Island Beneath the Sea," Allende writes about a history far outside her own experience: slavery in the French colony Saint-Domingue, now known as Haiti.

At the close of the 17th century, France and Spain agreed to split the island of Hispaniola. Very soon after, wealthy Frenchmen arrived to establish plantations, enriching the French monarchy on the backs of African slaves.

Allende begins her novel six years before the American Revolution, drawing a dense portrait of a colony that included a bustling capital city and remote plantations deep in the jungle where slaves struggled to survive. Most of those slaves didn't live more than half a dozen years once they reached the island. The majority were worked to death. Others died trying to escape to the mountains. But those who found freedom joined a resistance movement that would eventually rise up and defeat Napoleon's troops and white landowners.

While the history clearly provides a wealth of dramatic tension, Allende says her initial intent was not to write a book about Haiti.

"I was planning a book on New Orleans because I fell in love with that city in 2003 when I went there to [do] research for another book. And I decided, well, someday I will place a story here. But when I started researching about New Orleans, I realized that much of the French flavor that the city has, and the voodoo and all that, was given by ten thousand refugees that fled the slave revolution in what is today Haiti."

Allende immersed herself in the complicated cultural history of Haiti, taking four years to do research for her book.

In addition to hitting the history books, Allende consulted memoirs, correspondence and other novels in order to get a better sense of the details of daily life in Haiti.

There are many characters in Allende's book, each representing a different segment of society, adding to the expansiveness of the story.

"It just grew," she said, "it was like an organ with tentacles. I couldn't concentrate on the story of my protagonist, Zarite, only because it was so complex."

The complexity Allende refers to involves everything from the color of a person's skin, the economics and politics of the colony, and the master-slave relationship.

Allende says her main character, Zarite, came to her in a dream. "I saw her clearly: this tall, elegant-looking woman with very short hair, long hands, high cheekbones, slanted eyes -- so different from any of my characters, so different from me."

Zarite, born to an African slave who was raped on the ship that carried her to Saint-Domingue, is orphaned at an early age and sold to a plantation owner. She becomes a domestic servant at the plantation and eventually, her master's mistress.

Allende's sweeping novel follows Zarite and other slaves over 40 years, telling the story of their exploitation and the conditions of their lives.

Here is an excerpt from "Island Beneath the Sea":

In my forty years I, Zarite Sedella, have had better luck than other slaves. I am going to live a long time and my old age will be a time of contentment because my star -- mi z'etoile -- also shines when the night is cloudy. I know the pleasure of being with the man my heart has chosen. His large hands awaken my skin. I have had four children and a grandson, and those who are living are free. My first memory of happiness, when I was just a bony, runny-nosed, tangle-haired little girl, is moving to the sound of the drums, and that is also my most recent happiness, because last night I was in the Place Congo dancing and dancing, without a thought in my head, and today my body is warm and weary. Music is a wind that blows away the years, memories, and fear, that crouching animal I carry inside me. With the drums the everyday Zarite disappears, and I am again the little girl who danced when she barely knew how to walk.