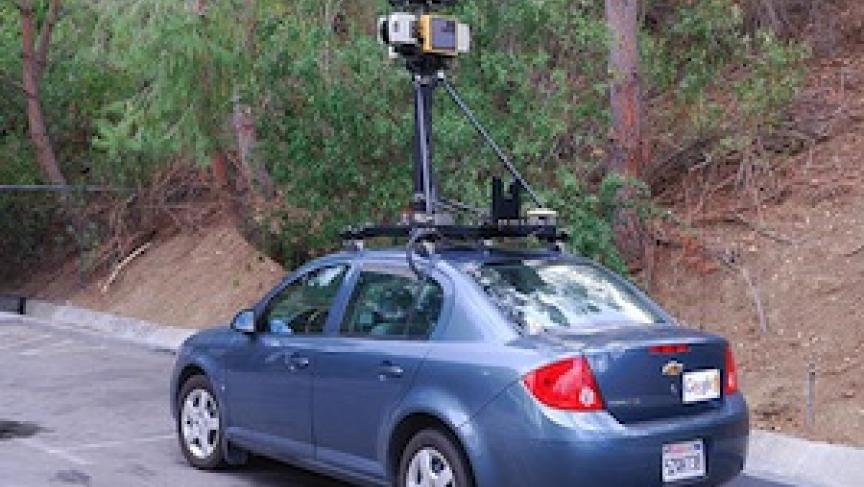 This story was originally reported by PRI’s “The World.” For more, listen to the audio above.

European officials are angry that Google has been taking more than pictures for its Street View project. It was recently revealed that the camera-equipped cars that Google sends out to collect the information for Street View on Google maps were capturing private information from open WiFi networks around the world.

The company originally claimed that they weren’t collecting any private data. When that was revealed to be untrue, the company flipped into mea-culpa mode.

"We screwed up," Google’s co-founder Sergey Brin admitted. Spokesman Peter Barron blamed the problem on poor communication, insisted it was all a mistake,and promised an internal inquiry.

The apologies did little to sate the concerns of lawmakers and privacy advocates around the world. American lawmakers have asked questions about Google’s policies, according to Reuters, but much of the outcry against the company has come from Europe.

"Europe has very stringent data protection and privacy laws, which Google were clearly breaking by doing this," according to Ian Brown of the Oxford Internet Institute. "So for the CEO of Google to say well, it was an honest mistake, we didn’t hurt anybody isn’t really all that relevant in the context of European law."

Europeans often have a different view of privacy than Americans do, too. Matthew Newman, a spokesman with the European Commission in Brussels, told “The World:”

Many countries in the EU suffered under dictatorial regimes. Secret Service Agents were your next-door neighbor. So these companies that operate here, they have to understand that there is a genuine concern by Europeans and they cannot just ignore that.

That’s good advice for any company operating on both sides of the Atlantic. But for Google, the time for that kind of cultural sensitivity may have already passed.