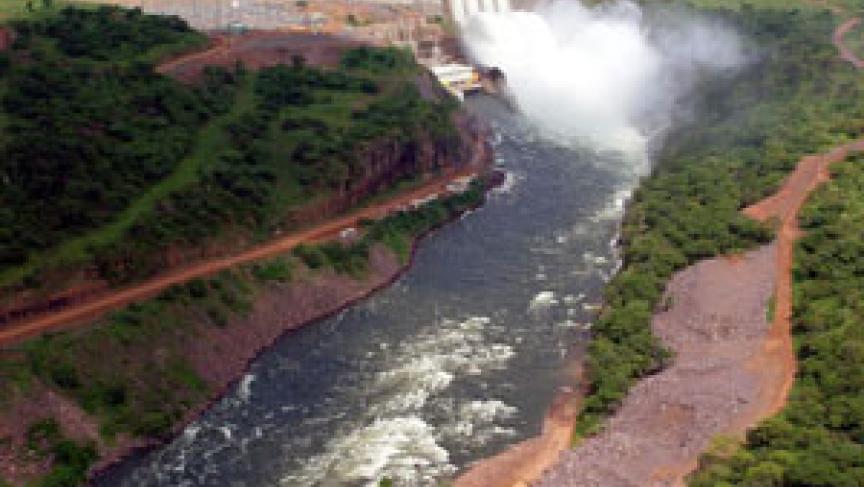 This story was originally reported by The World. For more, listen to the audio above.

Huge infrastructure projects, funded by Chinese investment, are in the works across Africa. China has been pushing megadams in Sudan and Mozambique, according to Foreign Policy magazine, along with "$2 billion in oil-backed loans in exchange for development projects in Angola, and a $3.5 billion investment deal allocated to Zambia's Copperbelt province."

I think in many countries they have found it to be very convenient. The Chinese don’t have to talk of accountability, transparency, which seems to be a mainstay for the western governments.

The economic payoff of these huge infrastructure projects is often less than expected. Chinese companies tend to employ Chinese workers, and their dominance in the market may force out local contractors. In Nairobi, analysts estimate that half of all construction work is now done by Chinese firms. And some believe that the influx of cheap Chinese goods that accompany the companies may be hampering the growth of local manufacturing.

Still, many across the continent are hungry for more infrastructure, and China is more than happy to provide it. In exchange, the Chinese companies have been more than happy to accept tax breaks and exemptions from environmental laws.

There is a long history of problematic African investment from the West, from colonialism to today. "But don't be fooled," Khadija Sharife writes for Foreign Policy. China's goals in Africa "are no less selfish -- and the potential outcome is no less disastrous -- than any misguided colonial project of the past."

You can watch a video about China's influence in Angola below: