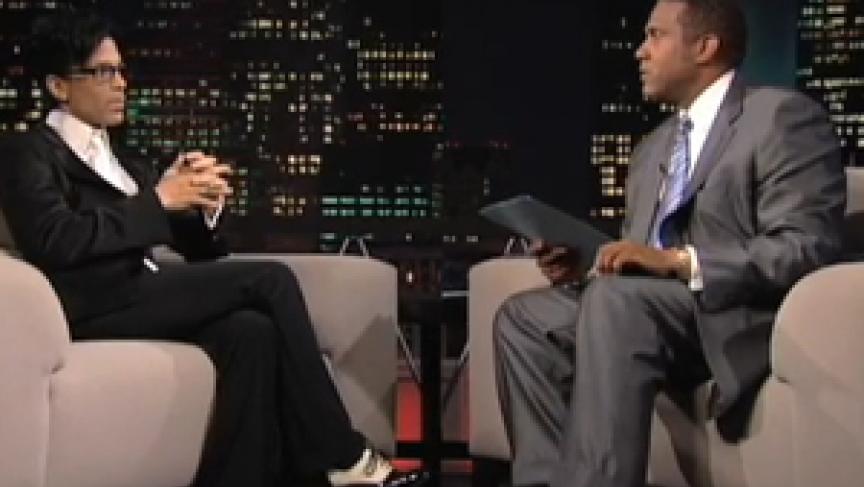 The recent special anniversary broadcast of "The Tavis Smiley Show" featured an encore interview with music pioneer Prince, who shared some surprising personal details, including the revelation that he was born epileptic.

"I used to have seizures when I was young," he told Smiley, "and my mother and father didn't know what to do, or how to handle it; but did the best they could with what little they had."

The enigmatic artist described how the challenges he had growing up, and as a struggling musician, affected his approach to music and his career.

Prince also talked about where he is today, saying, "I'm in sort of a celebration right now. I'm just thankful to be alive; I'm thankful to have the friends that I do, the teachers that I do."

The special "Tavis Smiley Show" broadcast that included the interview was a salute to Minneapolis, and featured other Minnesota-rooted guests such as Governor Tim Pawlenty, actress Kimberly Elise and Ed Asner, who played the iconic Lou Grant on "The Mary Tyler Moore Show."

Listen to the full anniversary show on tavissmileyradio.com or download the podcast.

The nationally-syndicated "Tavis Smiley Show" from Public Radio International (PRI), celebrated its fifth anniversary on April 29. The two-hour weekly show offers a high-energy exchange of views, information and insight, with a unique blend of news and newsmakers in expanded conversations, along with feature reports and regular commentators such as Cornel West, Connie Rice, and Omar Wasow.