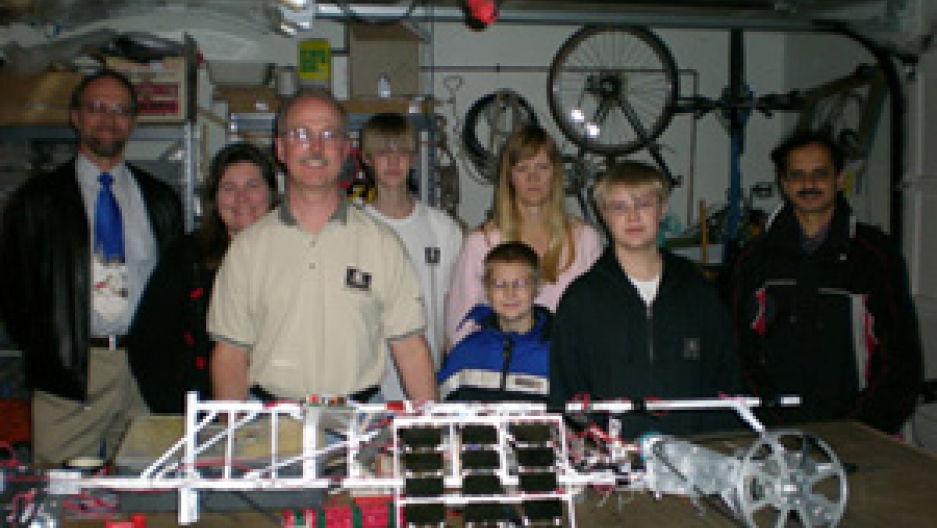 In garages, basements, a Quonset hut and even NASA's Jet Propulsion Lab, home inventors are creating amazing things in the 21st century.

"I think some of the advantages that amateur inventors have over professionals is that they don't have the preconceived notions as to what should be possible," said Rachel Zimmerman, the inventor of the Blissymbol printer.

The printer allows people with cerebral palsy to communicate quickly. It was low cost and easy to use. Even more impressively, Zimmerman invented it when she was only 12 years old.

"I initially invented the Blissymbol printer as my grade seven science fair project. The nice thing about being 12 years old is that nobody is yet telling you what you can and can't do."

Zimmerman now works at NASA's Jet Propulsion Lab. She still thinks a lot about inventing, but with a growing family, she knows an inventor's life has its limits.

"I wouldn't necessarily have a steady source of income that you would with a regular job. And then the challenge of course is taking the time and effort and money to pursue those ideas to fruition."

NASA may have the resources to build space shuttles, but you can't buy raw imagination. So they've started competitions for garage inventors, trying to harness their creativity. It's official: NASA is looking outside the box.

"I've never seen the box, nobody's ever shown me the box," says Brian Turner, a garage inventor in Kansas City. "And it's like, am I thinking outside the box? Beats me."

Turner is also the captain of Space Pirates, a team that's answered NASA's call. The Pirates have entered NASA's Beamed Power Challenge, to develop technology that will take mankind to space with a space elevator.

"The space elevator is a rope," says Turner. "We tie it to the Equator, we put a weight out on the end of it, and just like a kid can spin a yo-yo over his head, the spinning of the planet Earth will keep that string tight. And then to get to space, you climb up the string and jump off."

You wouldn't really climb the cable yourself. A dedicate module, an elevator, would take you up. NASA thinks a space elevator is theoretically possible. The hard part is figuring out how to make it go. Turner and his team use solar power, which they direct with mirrors.

"We start with closet mirrors like you get a Lowe's ... we set up 19 of these things. Our climber had a solar panel on it, and it climbed straight up at about eight miles an hour, which is about as fast as most of us run."

NASA is offering a two million dollar prize to the team that can power a climber to the top of a one kilometer cable fast enough.

Turner's wife, Cindy, is unconvinced. "It's very frustrating and I tell him very often, 'we're not doing this again next year, right honey?' And he's very evasive with that answer. I don't want to squash his dreams, I want him to be active and happy; but there's also a point where I go 'stop spending money.' At some point we're going to retire and I want to travel and do other things besides go to Space Pirate competitions and hang around the garage."

Cindy should be warned: just because you hit retirement doesn't mean you stop inventing. Halfway across Kansas, to the west of the Turners, lives Frank Polifka, a retired farmer.

What is it about Kansas? Maybe it's the lingering influence of the "Wizard of Oz." One element from that story has certainly captured Polifka's imagination.

Ever since he was a kid, Polifka has dreamed of harnessing the power of a tornado. Now he's invented something that does, all out back in a Quonset hut on the farm he shares with Ruth, his wife of 47 years.

The Windhexe is a squat, six-foot-tall metal contraption comprised of a large funnel supported by four legs. Four jets set around the rim of the funnel blow compressed air into it. As the air whips around the inside of the funnel, it forms into a high-speed vortex. Think of it as a tornado in a can.

Polifka's invention grinds all kinds of things into powder. There's a company in Missouri that's using the Windhexe for  poultry processing, and waste disposal and mining firms have shown interest.