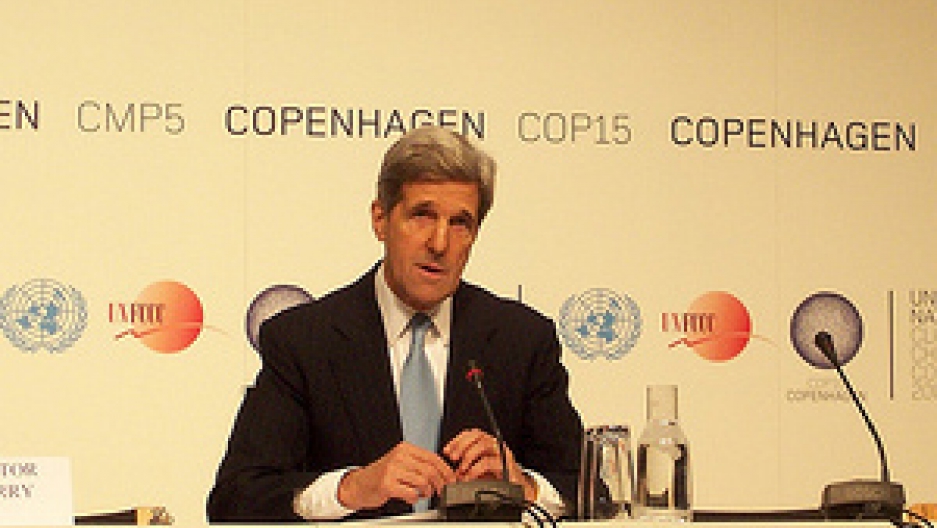 Audio not yet available.

In the wake of the failure of the "cap and trade" concept to make it into law last year, a group of Senators is working on what is characterized as a different approach to the global warming problem.

Cap and trade was the idea of controlling industrial carbon pollution by setting a overall limit and then allowing clean companies to sell pollution "credits” or "allowances" to dirty companies that needed to lower their emission levels. The system turned carbon emissions into a salable commodity and pollution management into a marketplace activity.

But a controversial bill based on these principles narrowly passed in the House last year and later died in the Senate.

"We have some important meetings to achieve this week. It’s a very very busy week," Kerry said.

Graham and Kerry refused to go into details regarding their negotiations and what parts of the legislation they’re still hammering out.

"We are informing people," Graham said.

The senators have been meeting with other lawmakers, environmental activists and energy industry leaders for months. Many of them are reserving their opinions until more details emerge.

Last year’s House version was unpopular with Republicans, some Democrats and many industry stakeholders, who lobbied hard and poured money into watering down and ultimately killing the cap and trade package.

"We are trying to accommodate to the concerns of various of our colleagues without compromising the goals of the bill which are energy independence, do something about climate change," said Sen. Joseph Lieberman (I-CT), who is also working on crafting the new bill.

The Kerry-Graham-Lieberman legislation is expected to seek dramatic reduction in greenhouse gas emissions by 2020. Unlike the House version, the bill is expected to treat different sectors of the economy differently and to move away from a large cap and trade scheme.

"Cap and trade as we know it is over," said Graham. "There will be some limited trading in the utilities area."

The electric utility industry has funneled significant amounts of money to both Graham and Lieberman, according to the Center for Responsive Politics.

The legislation may also include a tax on fuels, and incentives for domestic oil, gas and nuclear energy production.

"No matter what, we are going to put out a piece of legislation we believe will reflect our best sense of the direction we ought to take," Kerry said.

Despite a looming Supreme Court confirmation battle and the Wall Street overhaul, which is one of President Obama’s Congressional priorities, Senate Majority Leader Harry Reid said he sees space in the schedule for climate change.

"I feel very optimistic about the progress that we are making," Kerry said.