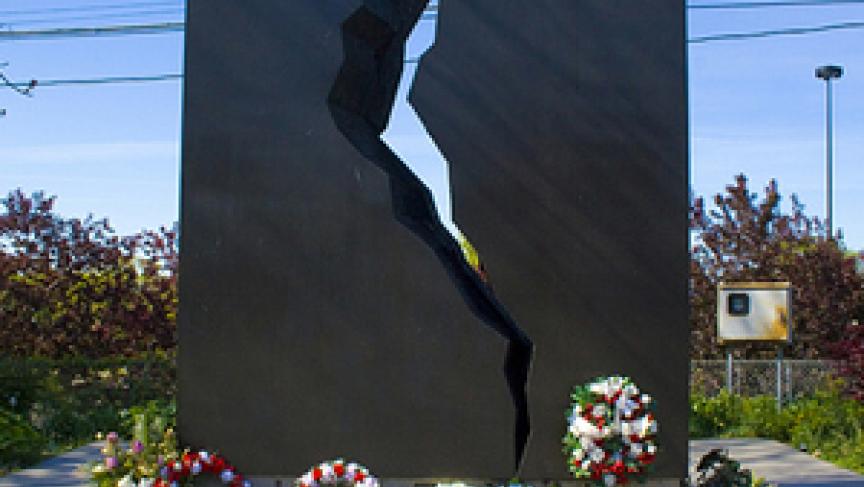 The Polish delegation killed in a plane crash in Russia last weekend was on its way to a 70th anniversary commemoration of the Stalin-era massacre of 20,000 Polish officers in a place called Katyn during WWII. The tragedy, in which President Lech Kaczynski, his wife and other Polish leaders perished, made Katyn seem doubly cursed and underscored its meaning in Polish history and also Polish-Russian relations.

"It was an unprecedented catastrophe," said Former Polish Prime Minister Jerzy Buzek. "They perished on the way to commemorate thousands of Polish officers killed during the Second World War in Katyn. History has dramatically come full circle."

Historian John Connelly, of the University of California at Berkeley, says the massacred Polish officers were reserve officers made up of people drawn largely from the country's elite, and that's part of the reason Katyn has such resonance in Poles' memory:

"These were thought of as representative of the best that was Poland: its top writers, intellectuals, professionals, political leaders and the like."

According to Connelly, the Polish people saw the massacre as an attempt to wipe out their country. The Polish Parliament voted last year to label the events in Katyn as genocide.

"And that's something in a country that's been so touched by history, where people don't think of history as something abstract, but they think of history as something that can really determine the conditions under which you live; which can suddenly do away with the town you live in almost entirely, the way Warsaw was wiped off the map, I mean literally wiped off the map in the 1940s. These are things that need to be known and they need to be voiced and they need to be debated. I think if you learn more about the events surrounding Katyn, then you understand why this is something that remains alive in the Polish mind even 70 years later."

For those who want to learn more about the Katyn massacre, Connelly recommends Andrzej Wajda's film "Katyn" as a good starting point for understanding both the event itself and the history surrounding it.

While there has been admission of the massacre by the Russian government, which regrets and condemns the killings, there has not been a formal apology.

"[Russian Prime Minister Vladimir] Putin's view is basically that this was a crime of Stalinism, but that the current Russian government no longer represents a Soviet form of rule; it's no longer a totalitarian dictatorship, that it condemns the crimes of that dictatorship, that the crime at Katyn was not something that represents the will of ordinary Russians, and therefore it would be inappropriate for them to issue an apology because they don't feel guilty."

The plane crash last weekend that killed Polish President Lech Kaczynski, his wife and some of Poland's top leaders, has brought out unprecedented sympathy and acts from Russia's leaders recognizing Poland's loss.

"Putin personally appeared at the airport with President Kaczynski's coffin was sent to Poland," said Connelly. "And the Russian President Medvedev placed a statement, translated into the Polish language, on web site of the Kremlin expressing the deep sympathy of the Russian people."

The Russian government also declared April 12 a day of mourning in the country.
Connelly thinks the events around the recent tragedy could lead Polish-Russian relations in a new direction. "It just seems this was a tragedy that the Russians and the Poles, in some ways, feel unites them."