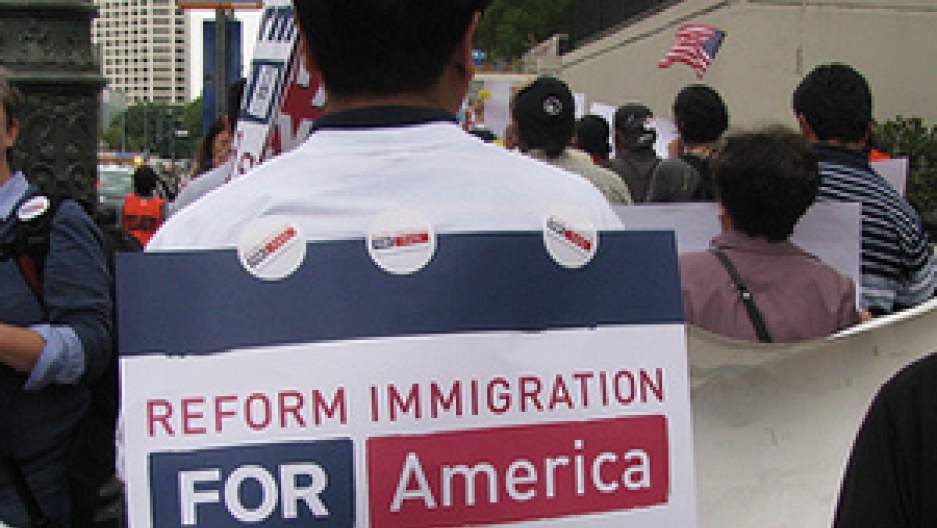 North Carolina employers who depend on immigrant labor are still waiting for Washington lawmakers to overhaul the nation’s immigration system. Those local business owners say the status-quo is holding North Carolina’s economy back. They’re hoping to see action in Congress in the coming months.

"The H2A program is a very complicated program that needs a good overhaul. It seems every year or two, they are making changes to it, which only adds complication to it," said Torn.

As he tours his 70 acre nursery, Torn proudly points out features of the business he’s built over nearly three decades. He’s got close to a million plants on the ground at any given time.

Torn doesn’t want the federal government and its broken immigration laws holding him back. Not only does he say the H2A program is cumbersome, he chafes at rules meant to protect local and US workers. He says some are unfair, like requiring employers to keep looking for workers even after they’ve hired enough employees.

"Why the government makes us have to hire somebody who has never worked for you before, with very little or no experience, and that’s mandated, and they think that’s fair, I don’t get that at all."

Employers must also provide H2A workers with housing and follow strict wage guidelines. Francisco, one of the workers, says he’s happy with conditions.

Why the need for folks like Francisco? Larry Wooten with the North Carolina Farm Bureau decided to test the conventional wisdom that locals won’t do the work.

"We put an 800 number on the airwaves saying, if you want to work in agriculture call this 800 number. You know how many takers we got? About four."

Wooten says most farmers try to hire legal workers. Still, a large number of foreign workers are in the US illegally.

The Obama administration is calling for immigration reform to address the problem. In the meantime, it’s cracking down on employers. Federal officials have been looking through thousands of employment documents from businesses and farms nationwide. The ongoing audits worry many producers.

"This is creating a real nightmare," says Wooten. "Not only for agriculture but for the business community as a whole."

"Back home, a lot of my agricultural people, swear by the fact that work performed by many of these people, particularly from Mexico, are noteworthy, and they often times say they would be lost without them."

Coble sits on the Judiciary Committee, which deals with immigration issues. So does 12th District Congressman Democrat Mel Watt. He says any approach to immigration must be comprehensive.

It’s not only comprehensive immigration reform that’s stalled. A smaller ‘AgJobs’ bill that would address the needs of growers directly is also on hold. New York Democrat Chuck Schumer and South Carolina Republican Lindsey Graham recently came up with a rough outline for change.

The problem is, Congress has been bogged down with health care and the economy. And many lawmakers don’t want to take on such a controversial issue leading up to the midterm elections.

Business owner Torn doesn't have high hopes. "I think they’re going to probably not take it up or take it up and not move with it because I think it’s just going to put a nail in the coffin of many of the Democratic candidates."

Reform advocates say immigrants are good for the economy, even in a recession. Businesses want a generous supply of workers. Labor leaders say they want to protect American jobs. While lawmakers and advocates argue, producers like Torn wait.

"I don’t think they get it. They don’t really understand what I’m telling them or they think I’m crazy that I don’t know what I’m talking about."